Down in New Orleans

It was midday Thursday. I was working on cleaning up my inbox when I noticed that I had an email that my company had President's day off. YES! Just what I needed. If only I had thought ahead, I could have been at Mardi Gras.

I decided to casually peruse flights.  My heart stopped when I saw a flight oddly low to New Orleans. I couldn't believe my eyes. It would get me there Friday night and take me back Monday night. How could I say no? I quickly texted my best friend and asked her if I could crash. She said yes. In the blink of an eye, I was going to Mardi Gras. 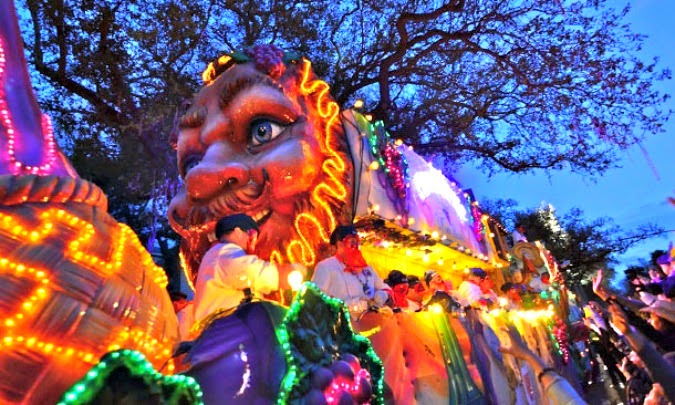 Elizabeth picked me up from the airport, during rush hour I might add, with her two and half year old son in tow.  She dropped me off on the parade route on St. Charles street (this is where the Uptown parades run everyday) and I walked over to the Columns Hotel to meet my cousin. I drank hurricanes and watched the parade. 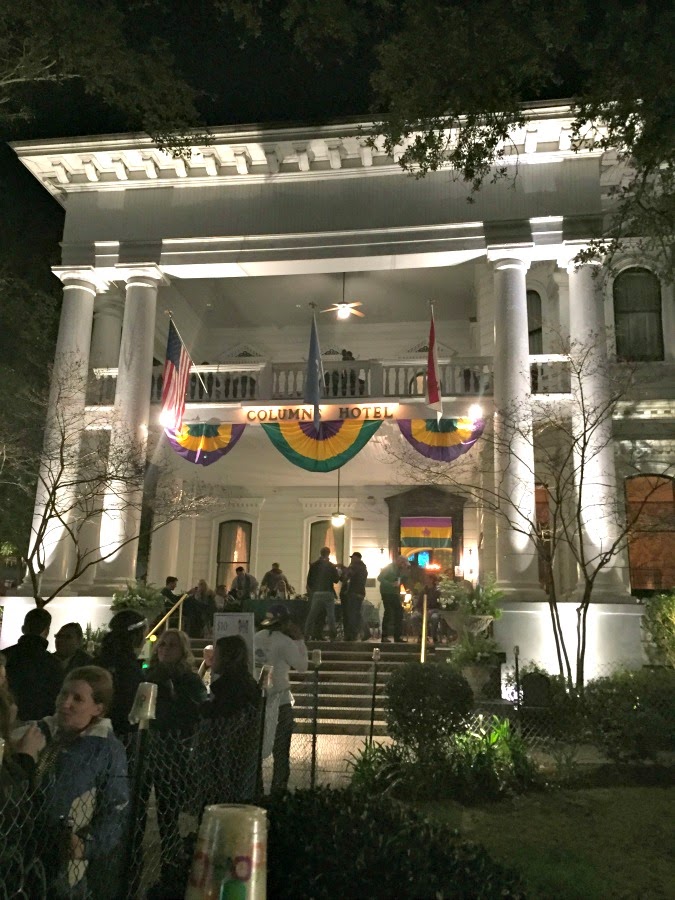 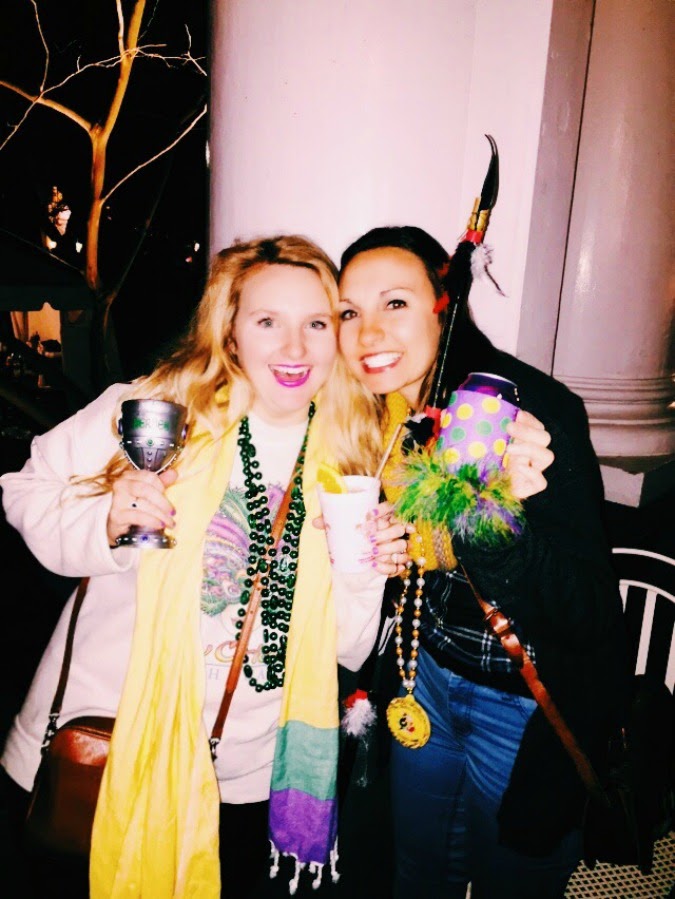 Saturday we woke up early to prepare for parades all day. We picked a spot under a tree and drank bloody mary's and waited on the parade to start. 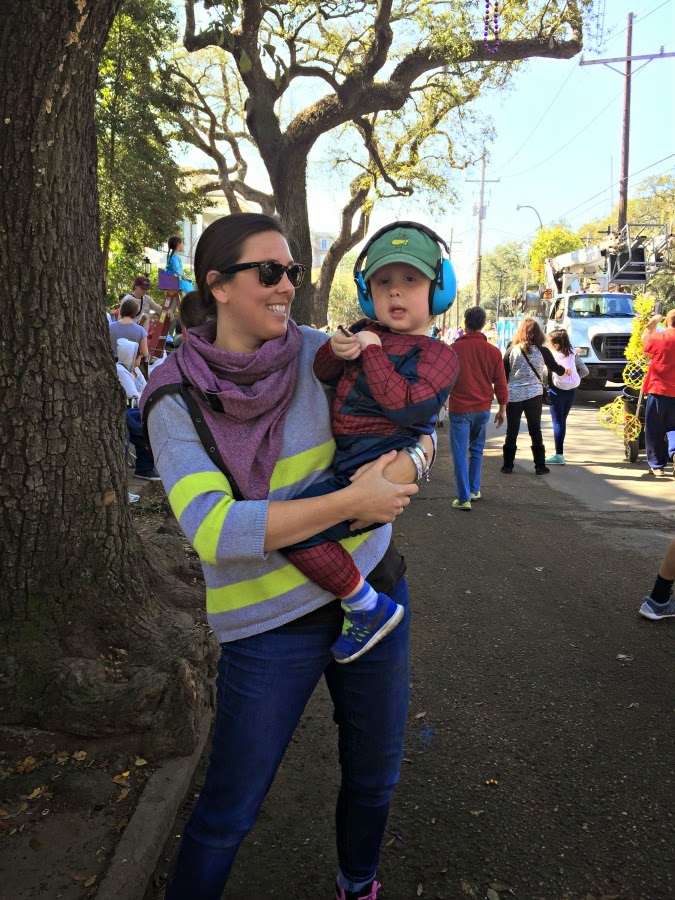 There were so many beautiful floats but I had to snap a pic of this one for Sarah. 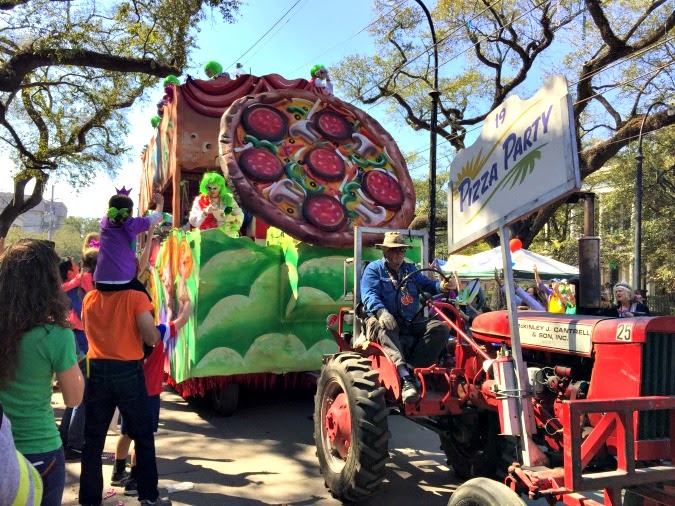 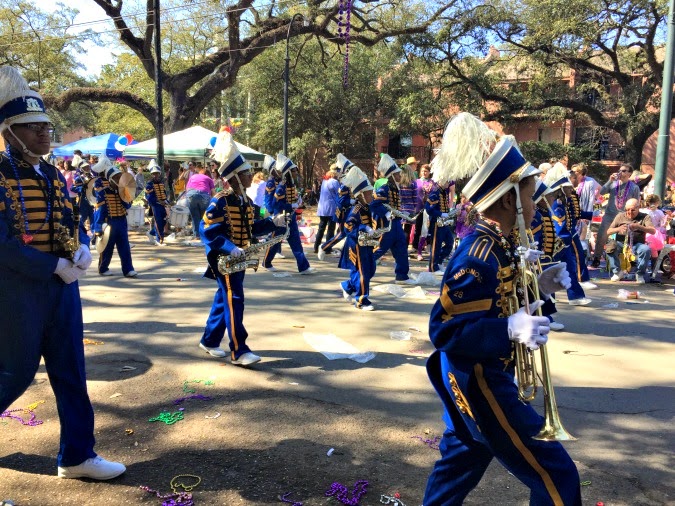 The weather was gorgeous and absolutely nothing like the freezing temperatures in Dallas right now. After I was decked out in beads (I'm not satisfied until I'm covered) we headed back to Mid City for the Saturday Night Parade: Endymion. 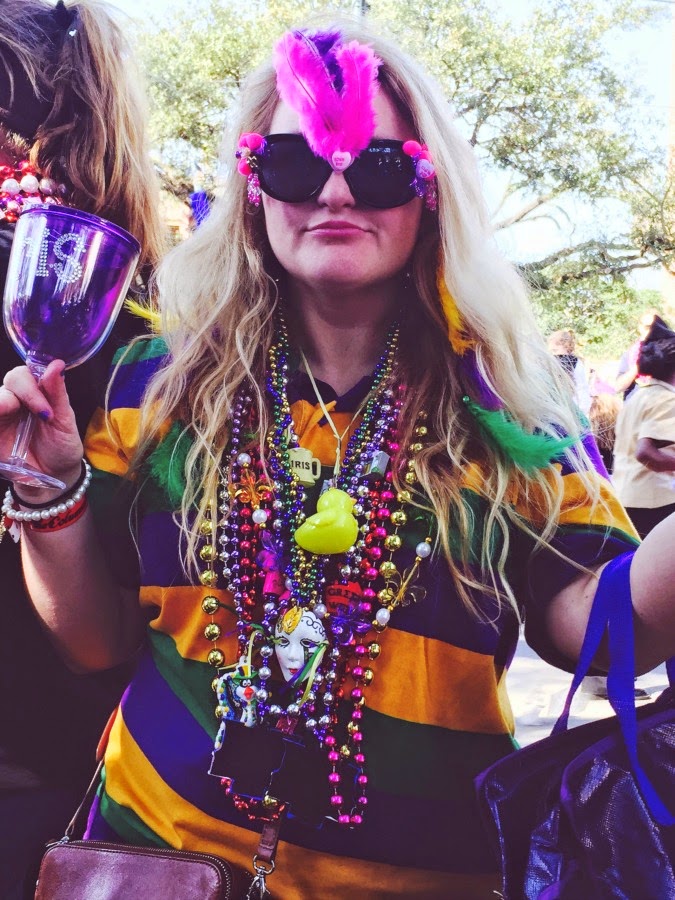 This parade is giant and one of the biggest parades of all during Mardi Gras. Each year there is a celebrity grand marshal and this year it was Luke Bryan. I don't know about you but that's not my favorite choice. 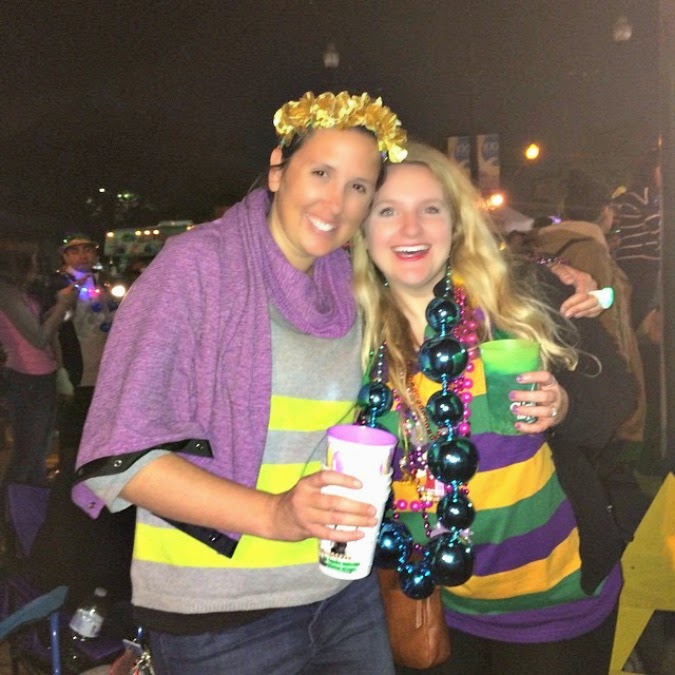 Sunday we went to Morning Call for beignets and then took the street car over to watch the parades. 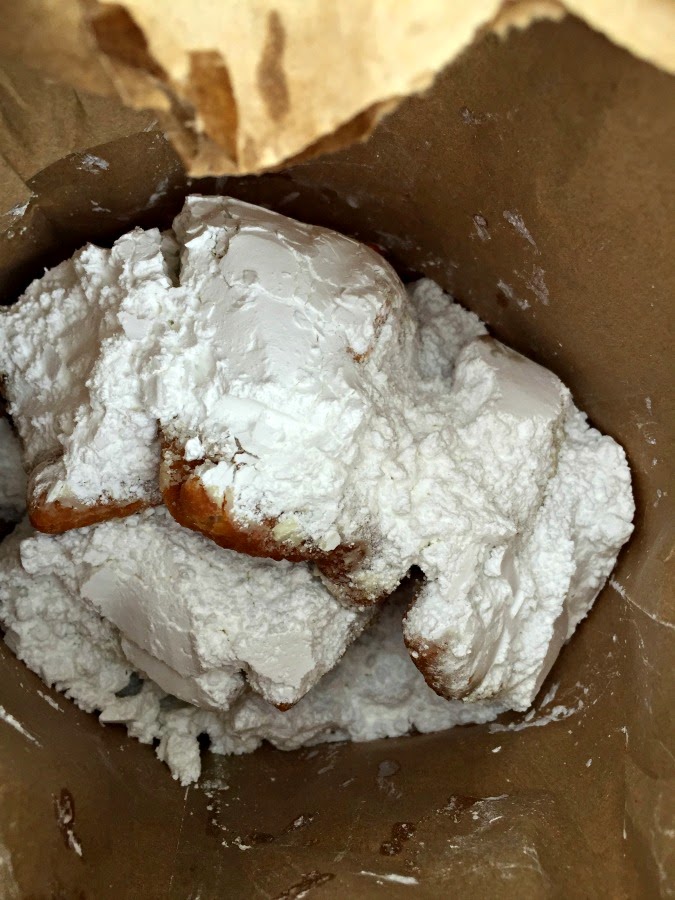 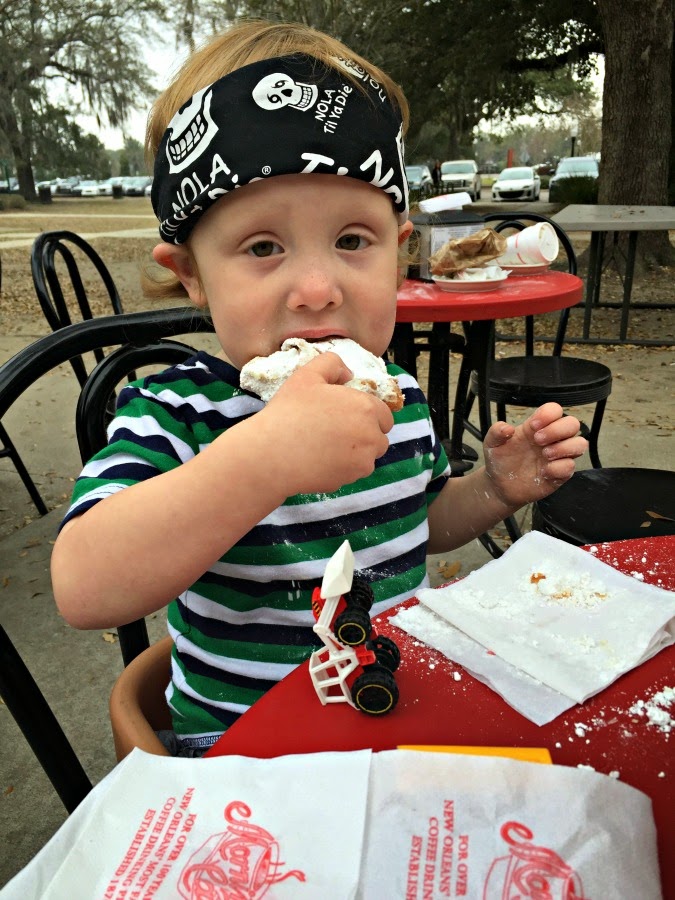 If you haven't figured it out yet, I'm really into parades. We sat outside of restaurant August (one of the nicest restaurants in New Orleans that my friend's husband happens to be the executive chef. He brought us out hot fried quail and biscuits. 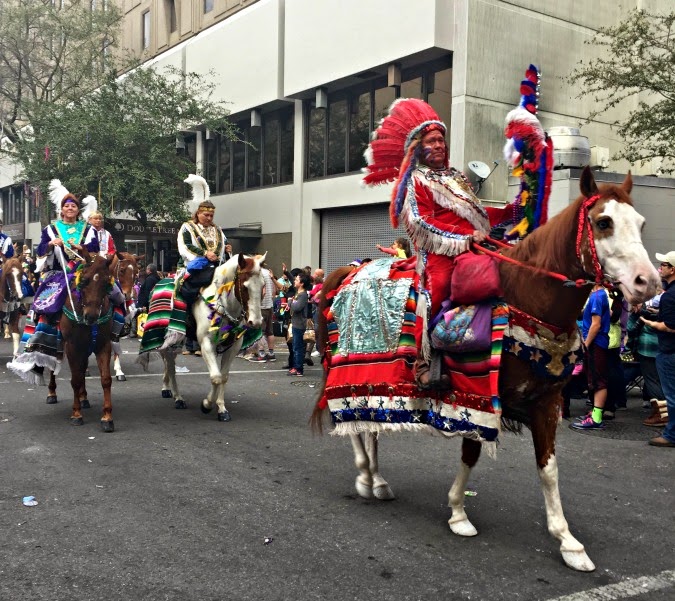 During Thoth (that's the name of this particular parade) I decided to get serious. I was by myself for this parade and focused on getting what I consider “the good beads.” 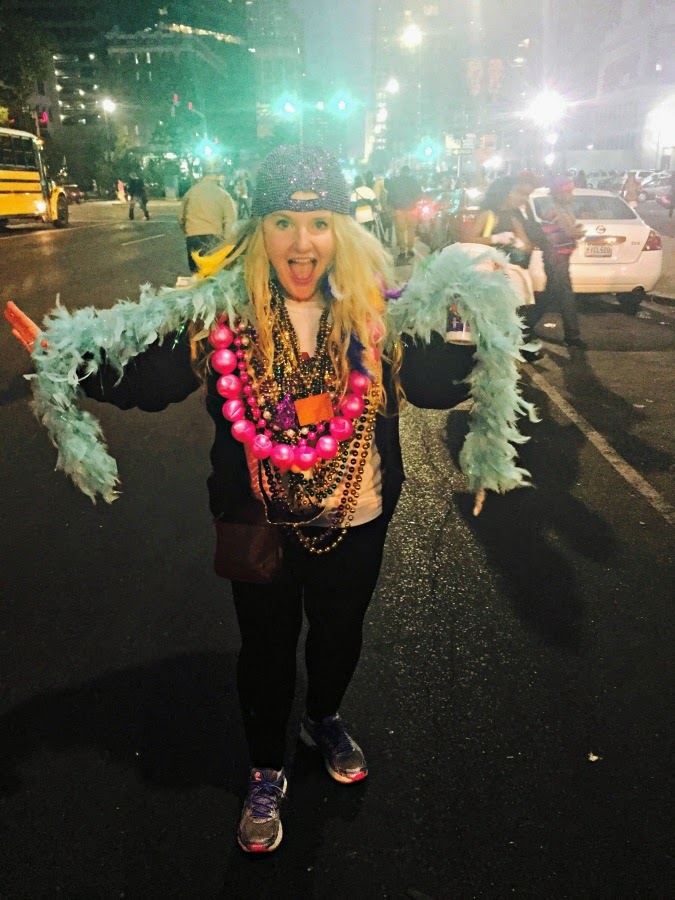 Bacchus was up next and I wanted to get back to meet my friend, so I hiked two miles back in the crowd. We had the perfect spot at a house party on the parade route. John C. Reilly was the grand marshal of Bacchus, a much better choice if you ask me. 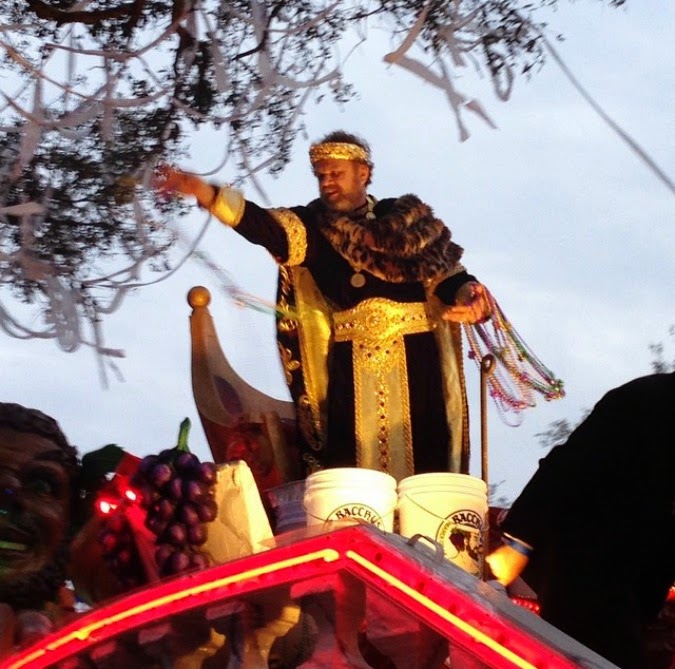 Monday morning I met my cousin and her husband for brunch at The Palace Cafe in the French Quarter. On the way we walked down Bourbon Street, it was only noon but you could tell people were ready to party (or still drunk from the night before.) 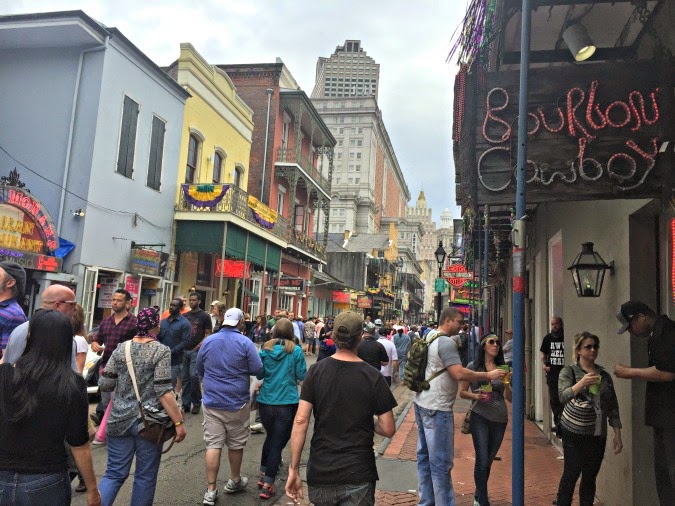 After brunch I headed back to my friends house for daquiris and front porch stooping. It was the perfect ending to my trip. 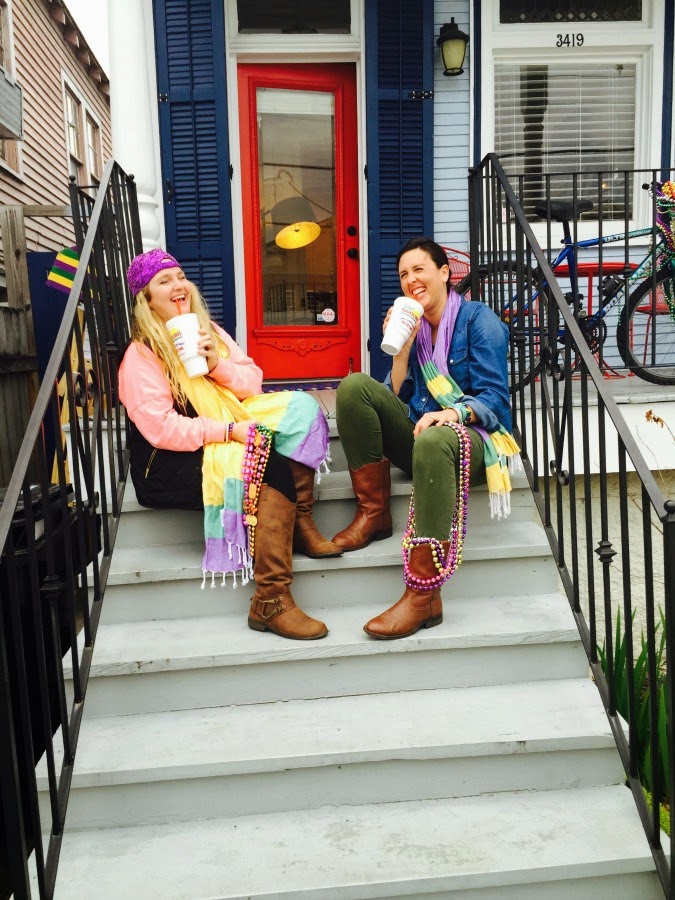 It was a wonderful Mardi Gras and the best last minute decision I've ever made. I'll always have a special place in my heart for New Orleans.
It's safe to say I came home with an extra bag this year- chock full of beads. 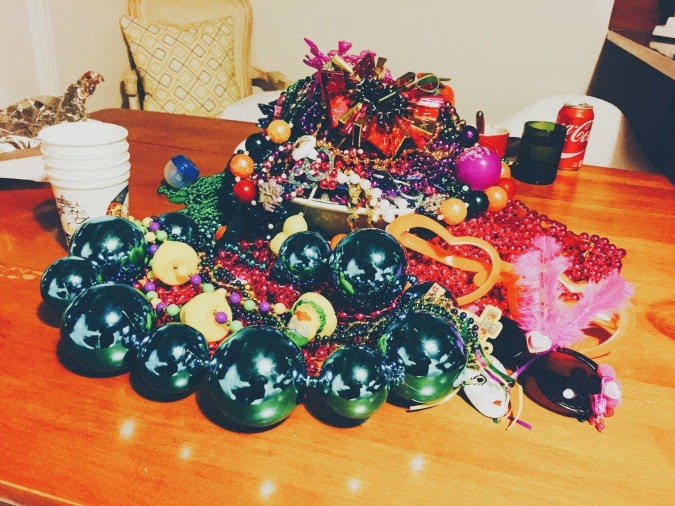