A History With Britney

All my life I've had little obsessions. When I was 10 I was sure that when I died I would go to heaven and marry Elvis. I had an Elvis themed birthday. We played pin the mic on Elvis. And I carried various Elvis memorabilia.
Then I switched to Ben Affleck. I pined for him through the TV screen. Then I switched to JC from N*Sync. But my biggest obsession of all time was/is Britney Spears. 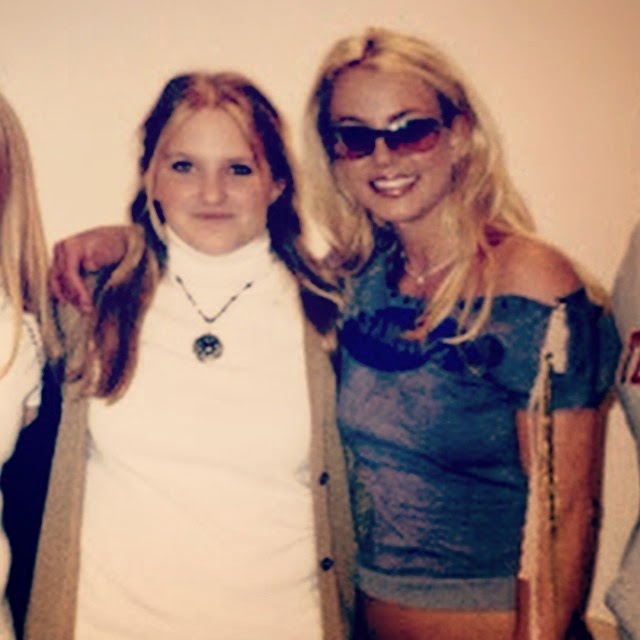 It's actually pretty interesting to look back at my love for her, because it also shows the passage of time. This week, for the first time in my life, I get to see Britney perform live. So, I thought what better way to show my love for her, than with a post about our history together.
…Baby One More Time came out in January of 1999. I was 12 years old. I remember my best friends and I went to buy the song and the only way I could find it was on tape (one that I still own, by the way.) Do tapes even exist these days? I dressed up in the same outfit she had on in the video- which was pretty easy since I already wore a uniform. 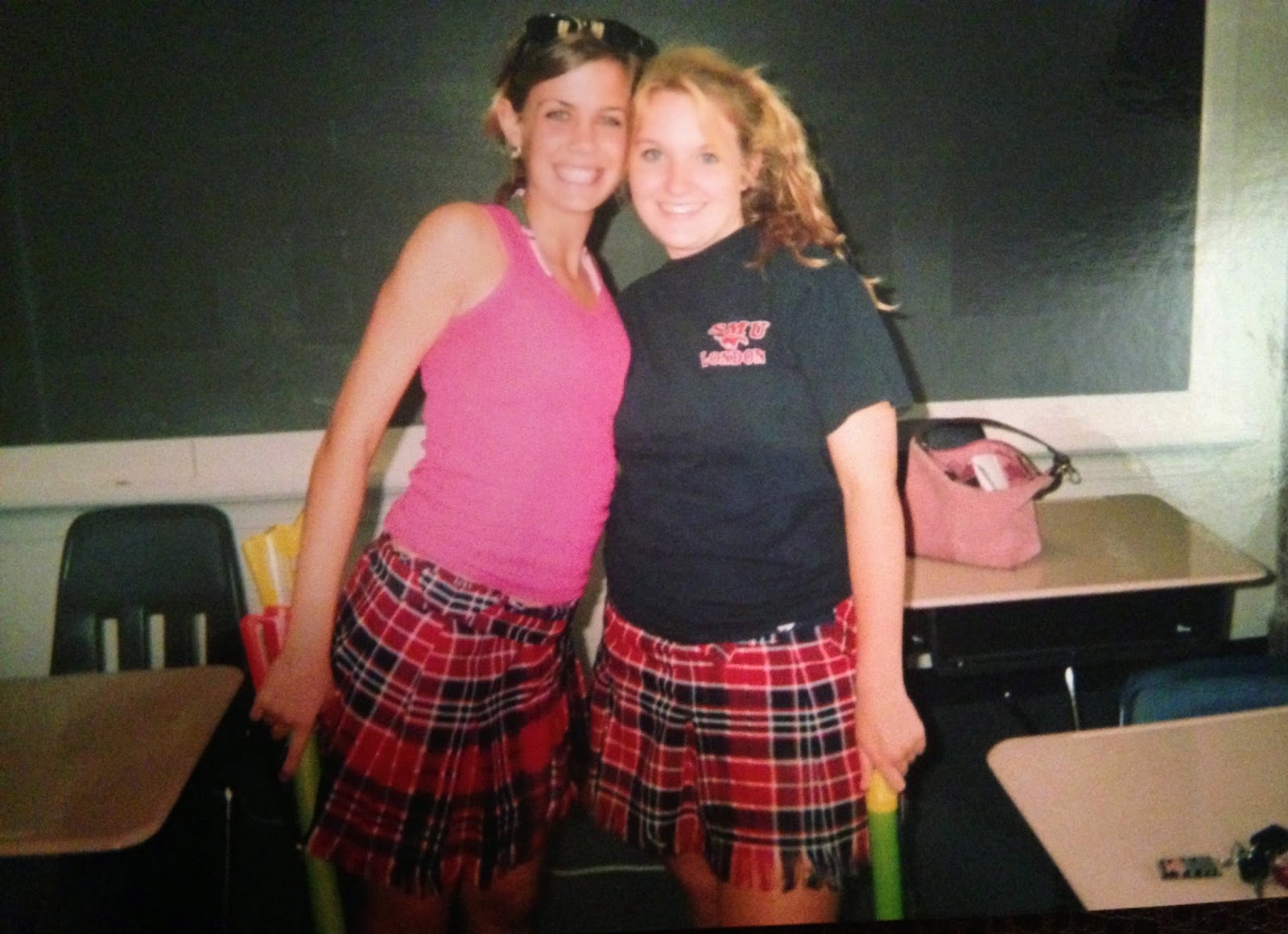 When Oops I Did It Again came out, I learned every single move from the video (in case you're wondering, I still know the choreography.) This might sound silly, but I think she influenced why I started dancing. She just seemed so confident, fit, and hot while dancing and I wanted that. I'd dance in the reflection of my large window every single night for hours on end. 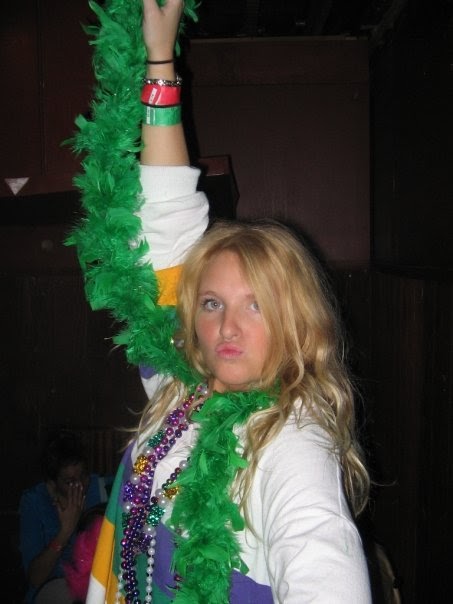 I wanted to be just like her. And I took that a little farther when I proclaimed to anyone that would listen that she was my second cousin. It was a very strange habit for a high school girl, but I went with it. When someone told me I looked like her (as did anyone with blonde hair at the time) I ran with it. It was a lie I would forget to mention that wasn't true from time to time. Whoops.

I worked out to her music videos and started doing 300 crunches a day when I heard that's what she did. I need to pick back up that practice. 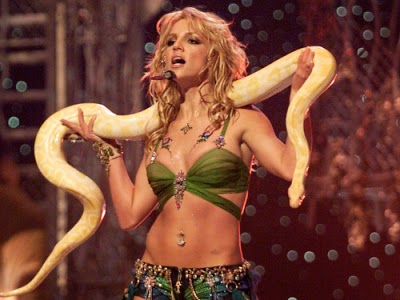 My friend (who happens to be with me in Vegas right now) supported my obsession by gifting me a life-size cardboard cut out of her for my birthday one year. Sadly, I cannot find any pictures of this, but it looked something like this. 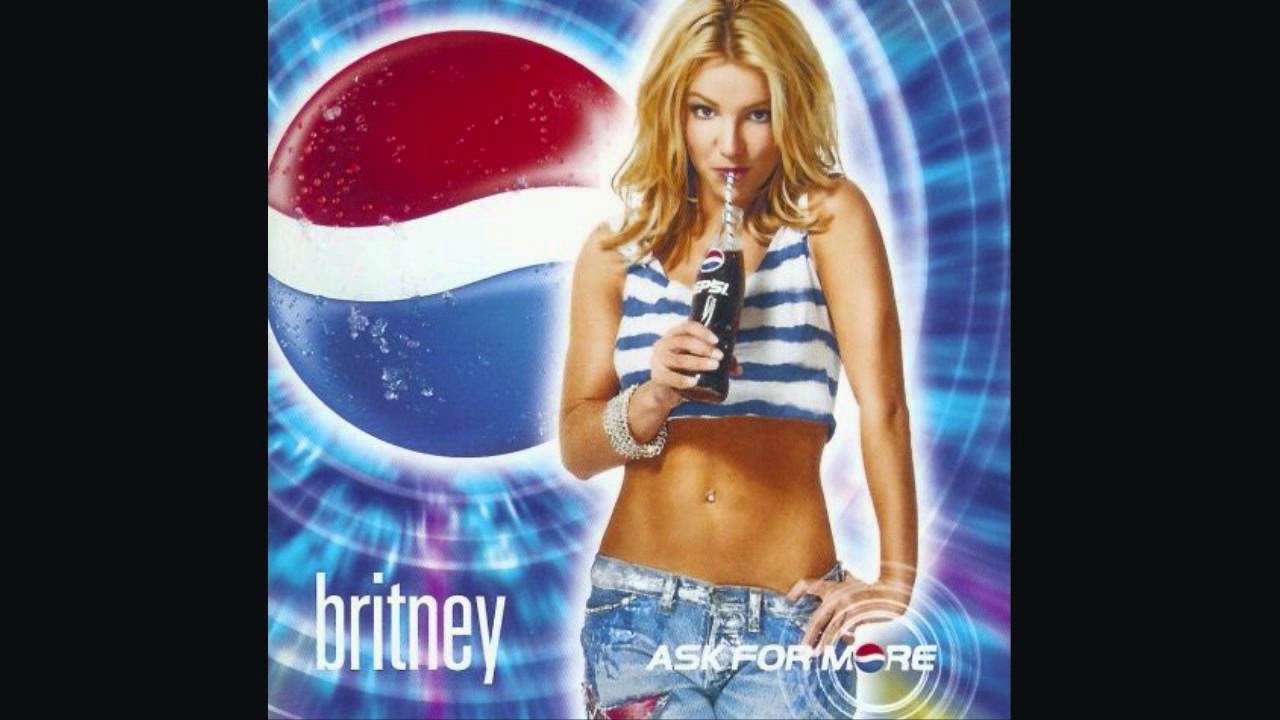 I woke up and went to sleep with Britney looking at me from the corner of my room every night.

I was in shock and awe of how she seemed to push the buttons on sexuality (like when she kissed Madonna), yet maintain this good girl next door attitude.

My love for her was so well known that I actually got to meet her when a girl from my school was invited to see her at the race track outside of Dallas. Picture is at the top of this post, that epic story here.
I got into a verbal disagreement with a teacher at my school who told me she wasn't talented.

I felt personally victimized when she shaved her head in 2007. People would ask me what I thought about her and I was always kept quiet on the matter. I still blame Justin. 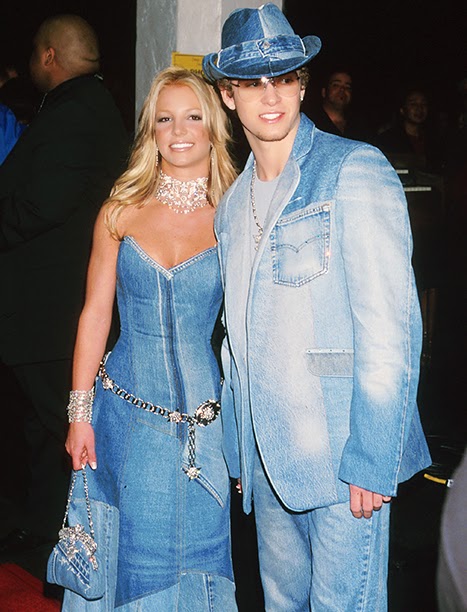 I had every hope that she would come out of it, better than ever. I was her silent cheerleader. As soon as she came out with the album “Blackout” I bought it and tried to listen for clues of her getting better.
In 2008 I felt like she was getting back to normal with “Circus.” On the way to Florida for my annual's family trip to the beach we got out for gas. I played Radar and made a scene when I full out danced in the parking lot.
A couple years ago a Britney song came on in the club and I had a dance off with a guy we later found out was on So You Think You Can Dance. I won, in case you're wondering. 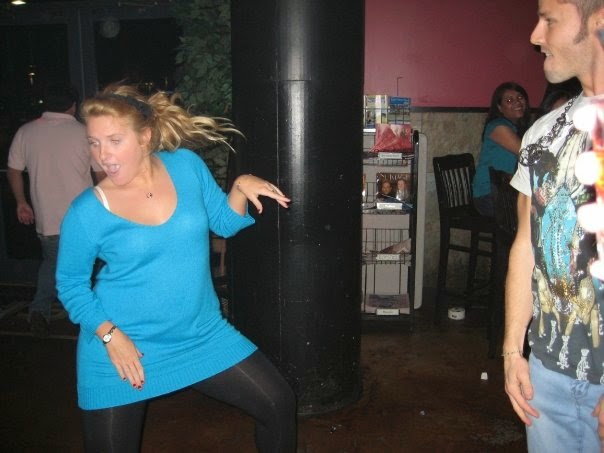 If a Britney song comes on, I still dance like I'm performing for a crowd (which I usually am because people stop and look at the girl doing choreography on a sticky bar floor.)
No matter the ups, downs, head shaves, and more, I've been a fan. I really can't wait to see her, this is a dream come true. I've never seen her live because of one thing or another. But as you can see, the obsession has never died.

Follow along with me on instagram, @heleneinbetween for tonight's antics and maybe I'll even sneak back stage!