What Britney Spears Songs Taught Me About Life

I will always and forever be a Britney Spears fan. She defined my middle school and high school years. Wait, that's not fair. She defined my whole life. Call it extreme, because that's what it is, but my obsession with her has died down significantly from my high school days.
My friends remember that I was over the top obsessed. I dressed up like her every year for Halloween. I knew all her dance moves. I might have also told my entire high school class and anyone that would lend an ear that she was my second cousin. Sometimes I forgot to tell people that I was kidding. I even met her one time. 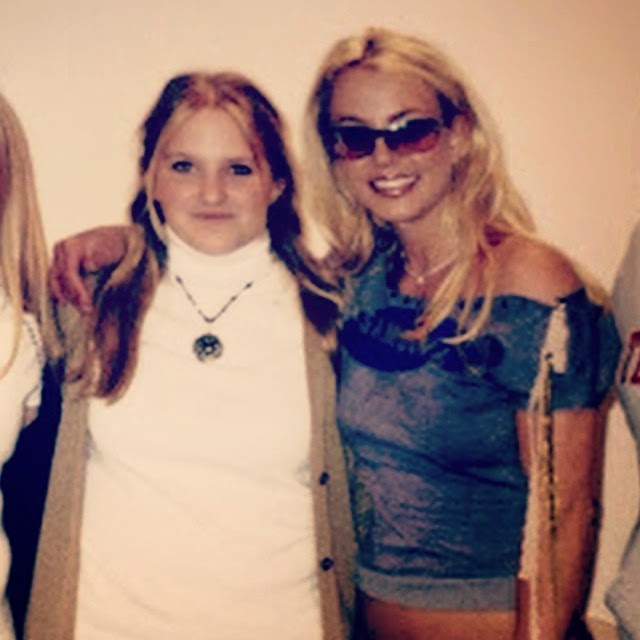 Please note that there is a girl on her right but she only has her arm around me. And she's wearing a ripped up Samsung t-shirt. Glorious.

I definitely think that songs remind us of times in our life, define us, and help us through some tough times. But Britney songs, really can teach us a lesson or two. 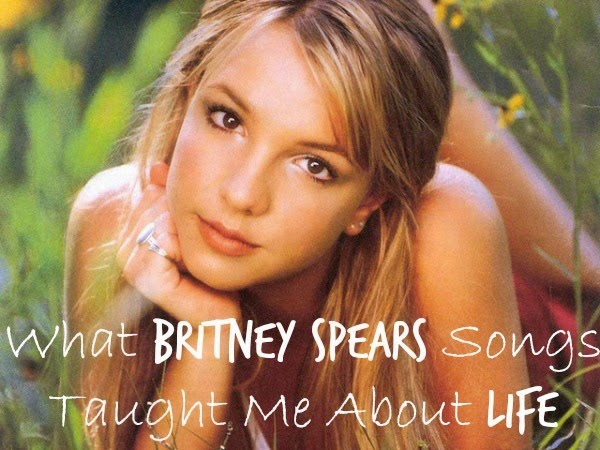 …Baby One More Time.
This is what a first love is like. Your loneliness is killing you, but you still believe, you need a sign. This is precisely how I felt about my first boyfriend in middle school (Kevin if you're out there, hey). I wrote their name down in my notebook. I wanted them to like me but they were 12 so they didn't understand that.

Sometimes
It's OK to be shy, to not put it all out there. Sometimes, you just need to take things slow. You are in middle school after all.

Oops I Did It Again
Playing with boys hearts is fun and
entertaining. If he buys you stuff, accept is gracefully, you don't have
to make out with him if you don't want to. She defined the art of
flirting.

Lucky
No one really knows who you are completely, except yourself. So don't judge others by how they appear, they might be going through something deep, y'all.

Stronger
Girls rule, boys drool. (Same goes for Don't Go Knockin' My Door) And we don't need you, but thanks.

I'm A Slave 4 You
When you're really into someone, it makes you go a little bit crazy. I used to have this picture on my workout videos, encouraging me to get my abs to look like this. It never happened. But it was still a good goal.

Toxic
Sometimes love takes over you, it becomes addicting. You can't help yourself. It's your drug of choice.

Gimme More
I didn't learn too much from this except that saying “It's Britney Bitch” would make people happy. The album is called “Blackout” what else should we expect?

Toy Soldier
As a now grown up woman, I don't want a boy, I need a man. Don't we all?

Womanizer
I know that the entire time she just says “Womanizer” over and over again. But I don't care. I like the use of synthesizers. And men that womanize women are bad. Don't speak to them. “You say I'm crazy, I got your crazy.” I just really like that line, in that, yeah maybe we're crazy, but hey, you made us that way.

Till The World Ends
I'm not going to lie, I wasn't a big fan of the “Femme Fatale” album. It just fell flat for me. But this song was a keeper. She's basically just saying, “Look guys, let's just dance it out.” Even if the world ends, you can dance and nothing will really matter. I agree.

Work Bitch
Do you want the finer things in life? Great. Do work. I mean, this is 100% accurate and true. Even if she says Bitch like 145 times throughout the song. Yikes, on it B.

I learned a lot through the years. But mostly, I learned that Britney can shave her head, have a few high profile divorces, talk in a British accent, go to a public restroom barefoot, and so much more- and people (including me) will still love her. Keep doing you, Britney. And please come out with some more life lessons.

What did she teach you about life?