Among my favorite things every December are the year-end reviews. Especially when it comes to music. This year I heard lots of great stuff. From big names like Beyonce, to obscure acts like Galantis, music hit some high notes this year. 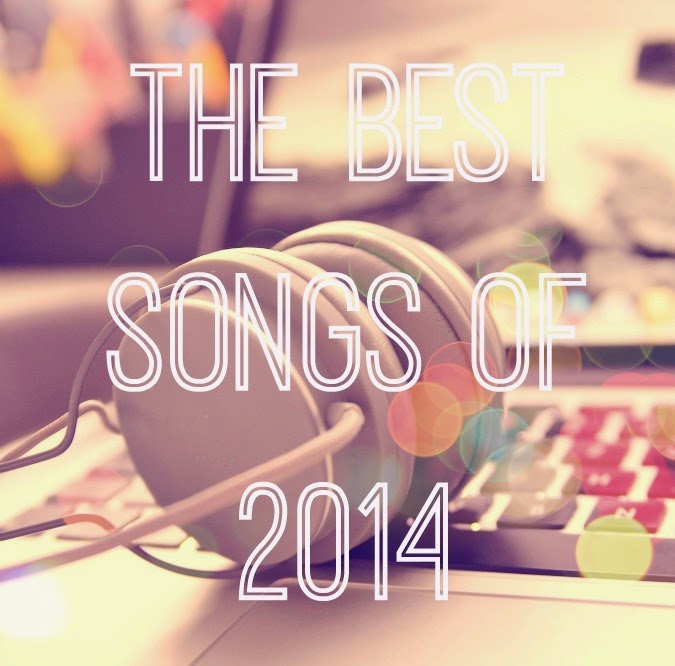 I've posted my picks for the worst songs of 2014, so this post features my choices for the best. Considering everyone's different musical taste, I tried to stick to popular songs and songs that I just flat-out loved. Like last year, I've kept it to 10, but it was really REALLY hard with all the great choices.

10.  ILoveMakonnen ft Drake – “Tuesday”
Tuesday (Feat iLoveMakonnen) by Drake on Grooveshark
Tuesday
has never been given so much love, but when you have the club “going
up” on this day, it matters. Basically, we learn that if you put Drake
on a song, it's going to be popular. But ILoveMakonnen's interesting mix
of beats and vocals is what helped push this song into my list. Plus, every time it comes on the radio (which is a lot) I have to turn it up.
Best lyric: “Got the club going up, on a Tuesday. Got your girl in the cut and she choosey.”

We already know she's fancy, but I couldn't help singing the lyrics every time it came on. Iggy's rapping style is fun and a little surprising. I think we all wanted to be fancy just like her.
Best lyric: “First thing first I'm the realest.”

Whether or not you like EDM music, you would probably like this song. It's upbeat and
exhilarating and reminds me a little bit of Avicii's “Dear Boy” (which
is one of my all time favorite songs.) This is probably my favorite song of 2014.
Best lyric: “Think I can fly, think I can gly when I'm with U. My arms are wide, catching fire as the wind blows.”
7.   DJ Snake and Lil Jon – “Turn Down For What?”
Turn Down for What by Lil Jon & DJ Snake on Grooveshark
The ultimate question of 2014. How many times can one say turn down for what? A lot, to be honest. Regardless of the repetitiveness this song is a hit and has been played in virtually every bar and club in America about 7,000 times. Can't stop, won't stop. I for-see this song being played into the future when we can't simply can't turn down anymore.
Best lyric: Well considering the song repeats the same few words, I think we all know what the best lyric is.

Every year needs a summer anthem and it was easy to pick since that's the title of the song. It brings elements of feeling lazy on a warm day, and the excitement of a long night.
Best lyric: “We could be together baby, long as skies are blue.”

Which version do you
prefer? East Coast or West Coast? Truth be told, I don't even know the
difference. But every time this song comes on, I am ready to dance. From
the music video antics to the catchy hook, this song is a hit. Let's
just hope Chris Brown can keep his cool.
Best lyric: “Just got rich.”
4.  Disclosure ft Sam Smith – “Latch”
Latch (Ft Sam Smith) by Disclosure on Grooveshark

Okay, this song came out in 2013 (and I even put it on a playlist back then) but it didn't become popular until 2014. As it should, because it's awesome. The world of electronic music is starting to sink it's teeth into mainstream and I'm all for it.
Best lyric: “I'm so encaptured, got me wrapped up in your touch.”

Say what you will about this repetitive song but it hit the nail on the
head for our instagram obsessed generation. #ButFirst… Everyone and their mom
captured their selfies with “but wait lemme take a …” It's an awesome
song and it helped give The Chainsmokers some much deserved attention.
Best lyric:  “Oh no, I think I'm gonna throw up. Wait, nevermind I'm fine. Let's go dance.”

It's the song that launched a thousand shirts. Everyone has a “flawless” or a “I woke up like this” exclaiming these lyrics (myself included.) It's a girl power song of sorts and is a good reminder that we look good and should ell ourselves that.
Best lyric: “I woke up looking this good and I wouldn't change it if I could.”
1. Taylor Swift – “Shake it Off”

2014 was the year of Swift and she knows it. Taylor had everyone and their mom singing, dancing in their car, and even doing the unthinkable — purchasing an actual album. It's all thanks to this massive hit that I couldn't get out of my head. Say what you will about Taylor, she did everything right in 2014. This is not my favorite song of the year, but it deserves the number one spot since Taylor conquered all.
Best lyric: “It's like I got this music in my mind say it's gonna be alright.”

Honorable mentions: Tove Lo (Chainsmokers Remix) “Habits”, Alesso “Heroes”, Wiz Khalifa “We Dem Boyz”, Wacka Flocka and Steve Aoki “Rage The Night Away”, Ian Bluestone “Tension”, and Porter Robinson “Sea of Voices.”
I might need to make a “Best EDM songs of 2014” with so many I'd include!

So link up below and tell me your favorites for the year!