Ever since I can remember I've had a passion for dressing up. Whether it's Halloween or not, any excuse for me to dress up, I'm there. It's not that I'm overly creative with my costumes (I'm not, sadly.) I just really enjoy dressing up or being something that I'm not. That's why I enjoyed theater so much. It was an excuse for me to dress up and have people watch me on stage, a win-win.
One of my favorite memories was when Michael and I dressed up as Miley and Billy Ray Cyrus. It was pretty hilarious, even if we dressed as a father-daughter duo. We weren't that convincing, but I did play “Party in The USA” on my phone most of the night. 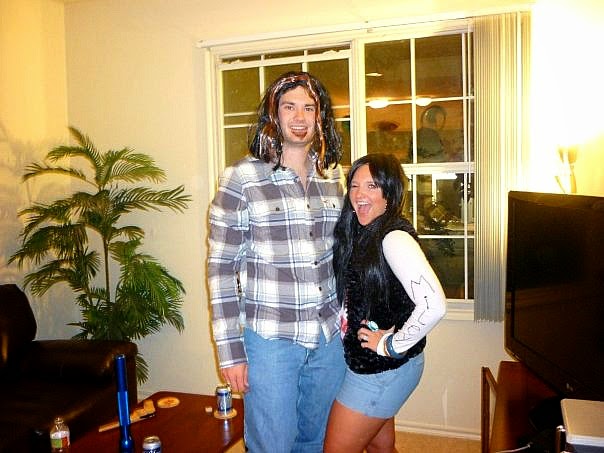 Michael and I have both dressed as Miley. He was the “Wrecking Ball” version last year. His costume is much better than mine.

But my most favorite costume was when I was a bunny for Halloween. I never wanted to be anything scary, always something cute, and my parents obliged. I was obsessed with bunnies growing up, I had a stuffed rabbit, RaRa, that I carried with me everywhere I went. I still have it to this day.
Halloween, circa 1990, I decided, as most mature 3-year-olds do, to dress as a bunny. 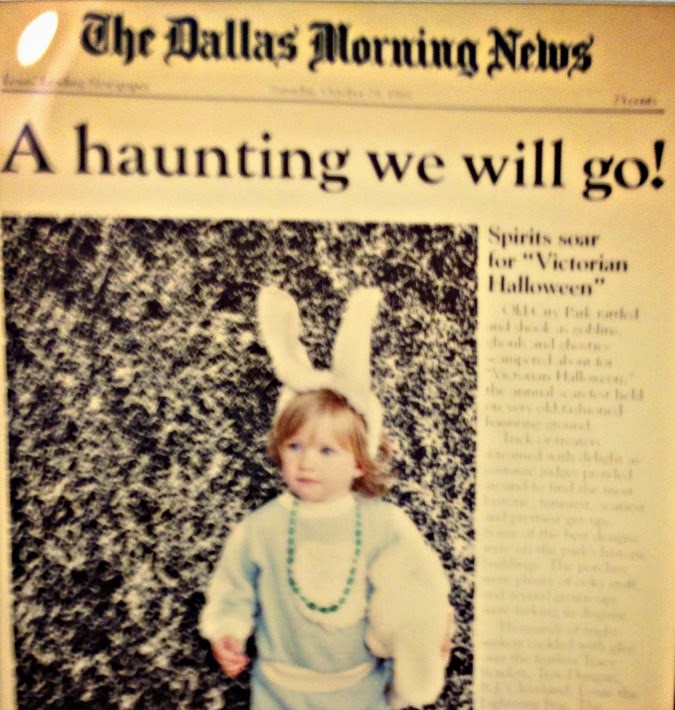 My costume was so convincing that I was in the Dallas Morning News the next day. (It also might have been because my Dad was a journalist for the paper at the time.)  But I was pretty thrilled about it. I'm also carrying RaRa and standing in front of what appears to be a life size composition notebook. Basically, I nailed it. I doubt I'll ever be able to top this.

I'll be posting another throwback photo from Halloween's past on instagram! Don't forget to use the hashtag #Blogtober14 so we can follow along!

Tomorrow's Prompt: I Never Thought Blogging Would…
Click HERE for all the prompts for #Blogtober14!