The Best Piece of Marriage Advice Ever

There are so many people that want to tell you what they've learned about getting married. Well, I guess I'm one of them. Michael and I are coming up on a whopping 3 years of marriage. It seems like just yesterday we said “I Do.” 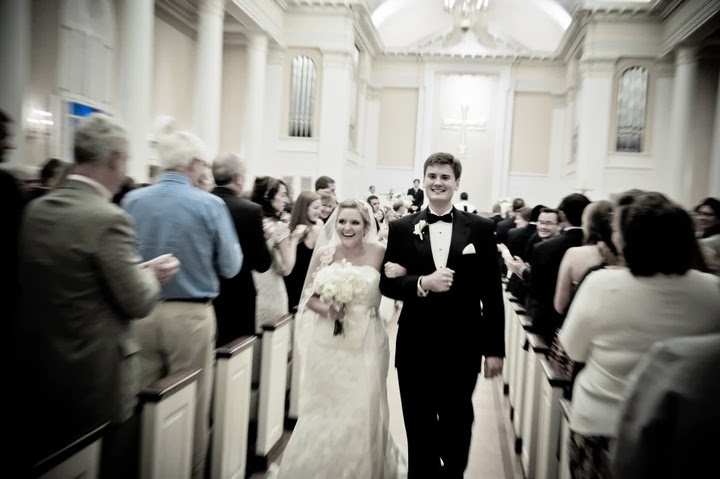 But there is one thing about marriage that really just sucks: Changing your name. Oh I know all that cute crap about “He stole her heart, so she stole his last name.” Yes, that's great. But in reality, changing your last name is the worst.
I kept my maiden name for a few weeks after we got back from the honeymoon to let the dust settle. Then it was time to hit up as many public offices as possible to change my name: DMV, Social Security, the bank, etc. I changed all my documents and was happy to be “Helene Sula.”
Marriage was blissful. Everything was going great and we never, ever fought. (Just kidding, if people say that they're lying or they're robots.) We got a dog, bought a house, and planned a trip to Europe.

I bought the plane tickets in my new last name and headed to the airport with a bag that had my new initials monogrammed on it.
I waltzed up to the flight desk and handed over my ticket and passport. The woman behind the desk looked at the tickets then my passport and frowned. She whispered behind her and then turned to me, “Um ma'am, the passport says Flournoy, the ticket says Sula.”
SHIT. That's what went on in my head. My heart sunk and I knew; I never changed the name on my passport. We were leaving for Europe in less than an hour and a half and my passport didn't match my ticket.
“Ok, well can we change it?” I whimpered.
“You need to go home and get your marriage license.”
I burst into tears. I knew I wouldn't have enough time and our flight was getting in at a certain time so that we could drop off our bags and then go straight to Tomorrowland.
After about 20 minutes of freaking out she was able to “kind of” change the tickets in my name. But now, I would have to print off a new boarding pass at every stop. So that meant one in New York and one in Geneva, Switzerland to get to Belgium.

Well our flight was delayed in New York, so I didn't have time to print off a boarding pass. We missed our flight to Switzerland but were able to hop planes and finally, we made it to Belgium.
The trip was incredible. After visiting Belgium, Amsterdam, and Paris for 10 days it was time to go home.
Because we knew that I had issues with my passport and tickets we decided to save money on another night at the hotel and stayed at a night club in Paris until 4 in the morning and then head straight to the airport.
So that means I was wearing my little black dress from the night before and had no sleep.
We arrived 3 hours early to get our boarding passes for our flight home with a connection in Germany. But the problems came again. Because we missed our flight from New York to Switzerland, it cancelled out our plane tickets for the rest of the trip, unbenounced to us. Michael had no seat. They told him he would need to fly stand by.
Meanwhile I was trying to explain my name situation to someone that had no interest in someone that did not have a french accent.
Miraculously, we boarded the plane and breathed a sigh of relief. But then, we landed in Germany. As soon as we got there, we knew it was trouble. I tried to get through airport security but I was turned away. “You can not go to America with two different names!” They told me.

Michael and I spent 2 hours sprinting through the German airport (I'm sure I flashed people as my dress bounced up and I carted my back pack around) talking to person after person trying to figure out how I would get home. I even went to the American help desk there to talk to someone, I was told “Ma'am it looks like you're staying in Germany.” It looked hopeless.
We found someone else that looked helpful and although they kept speaking German over their shoulder I could tell he was genuinely concerned. 20 minutes before our flight was to take off he looked at me and said “You need to show proof of your marriage to go home.”
Using our iPhone we pulled up the Texas Public records. We found ourselves and hurried to print out the “document.” It looked like a single line of an excel spread sheet that read: Texas Marriage Certificate. Then Michael's name, my name, and the date. It was pitiful and we were almost positive they wouldn't accept it.
The guy at the ticket desk squinted his eyes at the poor proof and then printed out 4 tickets. 2 with my maiden name, 2 with my new name. He wished me good luck.

With 15 minutes left we jogged up to security, where I was given a definitive eyebrow and eye roll and then scooted off. But I got on the plane. I sat next to a family from India and burst into tears and the little boy next to me graciously handed me his Sony PSP as consolation.
When we landed they confiscated all our tulip bulbs we bought in Amsterdam, but at that point I could have cared less. I kissed American soil.

Lesson learned: Change your name on everything or end up in a foreign country and a lot of travel anxiety.