Well y'all, Bangerz is out. If you don't know what I'm talking about, then you might not be attached to any forms of social media (congrats!). All the buzz is, of course, about Miley Cyrus. But this time, she didn't do anything crazy. Bangerz is the title of her new album. It's good. I should be shocked at how much I like it, but then again I am a twenty something girl who likes to dance, this was made for people like me. Oh and Britney's on the track “SMS” (strutting my stuff). 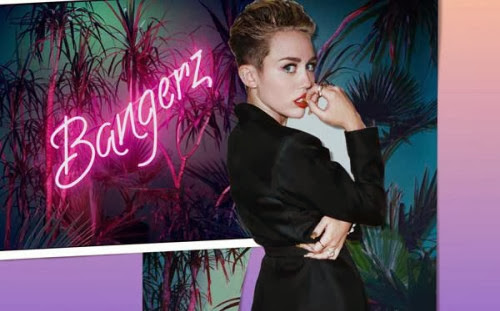 Even though I like it, I can still find 10 Things that are More Important:

1. Paris Hilton decided to come out with another song. This time it's a kinda EDM esque tune “Good Time” and she's teamed up with people clearly only concerned about money: Lil Wayne and Afrojack. The video is pretty hilarious since I've never quite seen blue eyes that blue, and skin that color (thanks fake contacts and spray tans).

2. Speaking of blondes, Eminem's daughter, Hailie, was crowned Homecoming Queen at her high school. And now I feel very old and I'm sure she will accomplish way more in life than I ever will. #great

3. Even though I was at TomorrowWorld, I didn't hear about this until after the festival: Some idiot guy climbed up to the top of the audio tower and is now known as the “king of TomorrowWorld.” He was promptly arrested and luckily, didn't die.

4. After 22 years of marriage Kris and Bruce Jenner have split. I'm sure it has nothing to do with reality TV. Kris was getting a little jealous of Khloe stealing the spotlight with her marriage mishaps… Or, maybe she didn't like the fact that his name didn't begin with a K.

5. But it's not all bad, some people are getting together: Nashville Star Hayden Panettiere (man, that name is tough to spell, also, I still like to think of her as the little girl from “Remember The Titans”) is engaged! The dude is a 37 year old boxer, here's to hoping it lasts.

6. There's a new $100 bill, which they've been redesigning since 2003. About time. After all time is money. The bill is specifically designed to thwart North Koreans from making counterfeit bills- who knew?!

7. Tom Hanks has been diagnosed with Type II Diabetes. Guess who he's blaming? His career. He says that his weight fluctuates in the different roles he played. Maybe he should replace this guy?: 8. I have to disagree with Esquire, they just named Scarlett Johansson the sexiest woman alive. Really?! What about like….anyone else?

9. According to a new study by a group of Chinese researchers, Sprite is the best hangover cure. I will let you know my thoughts on this after the weekend.

10. BUT by far the most important, Breast Cancer Awareness: If you haven't seen the pink cleats scattering the football fields of every NFL game or the umpteen amount of pink ribbons floating around Facebook lately then you might not know that it's Breast Cancer Awareness month. But have no fear because Erin from Two Thirds Hazel got a whole bunch of bloggers together to bring you a giveaway just to make sure you remember.

The point of the giveaway is to raise awareness about this deadly disease as well as to raise money for breast cancer research in order to hopefully one day end it. And what better way to do that than to throw a whole bunch of PINK prizes your way to entice you to feel yourself up to check for lumps. That's right, feel yourself up by giving yourself a breast exam! Aka the only mandatory thing you'll need to do in order to enter for your chance to win. Win what you ask? Well let's take a little peek and see the prizes shall we.

1) A $300 gift card to Victoria's Secret PINK. Or just Victoria's Secret if you so choose. But either way you'll be getting TONS of new bras to carry those lovely lady lumps of yours around in. And with this much money you might even be able to snag some new panties and a bikini or two!

2) Over $100 worth of makeup and accessories. Snag yourself a lip duo from Sephora, a few blushes, nail polish, lip balms, a makeup bag, a watch, a scarf, a rose quartz and pearl bracelet, a pink pouf from Stella and Dot and more!
3) Over $100 worth of ad space. Get your pretty face on the sidebars of some awesome blogs in order to grow your own blog and gain more exposure.

4) $60 worth of Essie nail polish. You'll get five different pink polishes as well as base and top coats. Add in a pretty pink nail file and your digits will be thanking you for months to come.

5) A set of pink Vino2Go wine glass cups. Because what better way will there be to celebrate winning this giveaway than to sit down and pour yourself a glass (or two, or five) of wine.

6) A $25 design credit. After you're done shopping for new bras, painting your nails, applying makeup, throwing on new accessories and drinking wine, go update your blog with this awesome credit. 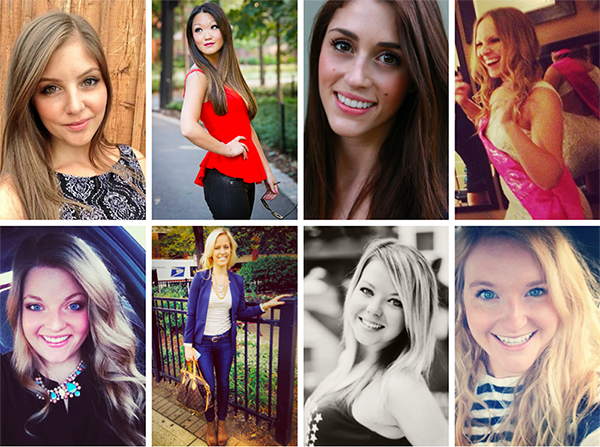 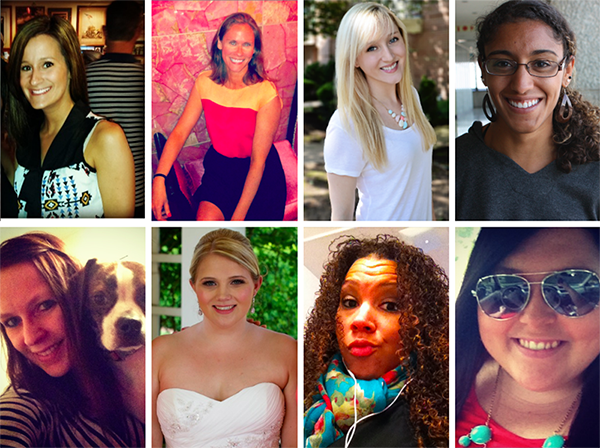 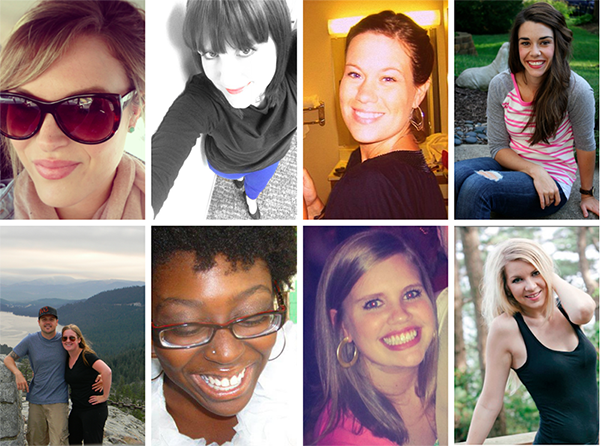 And now that you've met all of the amazingly generous ladies behind this giveaway, I think it's about time we got to entering it. So start stripping and begin feeling because the best method of prevention is early detection. If you've never given yourself an exam and need some guidance be sure to read the following information brought to you by the National Breast Cancer Foundation on the best ways to get the job done. If you already know how to get yourself to second base then carry on and head straight down to the Rafflecopter below to enter!

1) IN THE SHOWER
Using the pads of your fingers, move around your entire breast in a circular pattern moving from the outside to the center, checking the entire breast and armpit area. Check both breasts each month feeling for any lump, thickening, or hardened knot. Notice any changes and get lumps evaluated by your healthcare provider.

2) IN FRONT OF A MIRROR
Visually inspect your breasts with your arms at your sides. Next, raise your arms high overhead. Look for any changes in the contour, any swelling, or dimpling of the skin, or changes in the nipples. Next, rest your palms on your hips and press firmly to flex your chest muscles. Left and right breasts will not exactly match—few women's breasts do, so look for any dimpling, puckering, or changes, particularly on one side.

3) LYING DOWN
When lying down, the breast tissue spreads out evenly along the chest wall. Place a pillow under your right shoulder and your right arm behind your head. Using your left hand, move the pads of your fingers around your right breast gently in small circular motions covering the entire breast area and armpit. Use light, medium, and firm pressure. Squeeze the nipple; check for discharge and lumps. Repeat these steps for your left breast.

Since the primary purpose of this giveaway is to spread awareness, the only thing that's mandatory in order to enter is for you to give yourself the breast exam. The second option available for entry (although definitely not mandatory) is to donate to the Susan G. Komen foundation. This option will get you the most entries because you'll be given an extra entry per every dollar you donate. A $20 donation equals 20 extra entries. Make sense? Good. So get to entering and find some pink fluffy feelings in your heart to help out a great cause!