Did You Know You’re Listening to Electronic? Weekend Playlist

Sometimes people shy away from electronic music. I can totally understand why. Some of it is very different and can seem harsh on your ears. But electronic music has made it's way to the mainstream. In fact a lot of songs you listen to might even be considered electronic.
So this weekend's playlist is covering songs that are electronic and you might not even have known! 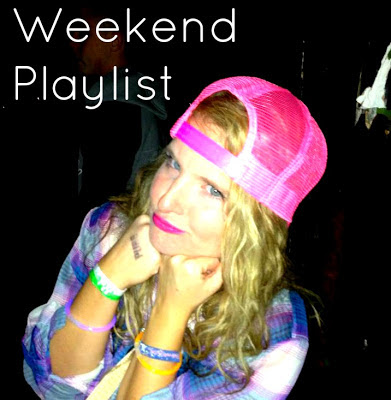 So here are some of the songs you might now, that are electronic after all:

This is an uber popular song right now. As it should be, it's got great vocals and a really smooth beat. But Zedd is without a doubt electro house music.

2. David Guetta and Usher “Without You”

Guetta is probably the most famous electronic DJ. He's worked with big artists like Usher, Nicki Minaji and Rihanna and therefore has crossed the lines of just electronic into mainstream. In fact, a lot of his songs are on the radio.

I know you probably know that Daft Punk is electronic. But in case you didn't, now you know.

I pretty much love any Lana Del Ray song as long as it's remixed. This one is no different. Unfortunately, this one isn't on Spotify, but it's worth a listen. Or 7.

5. Calvin Harris and Ellie Golding “I Need Your Love”

Calvin is a genius in my mind. He not only writes and  produces music, he even sings on his older tracks. His songs are easy listening.

Krewella has a couple hits on the radio right now but this one is the most popular. It's even on the Billboard charts.

7. Armin Van Buuren “This Is What it Feels Like”

Armin has been around a while. I'm talking about the 1990s. He's still relevant because he's still cranking out the hits. He just knows how to blend music so well you'd hardly know what genre of music you're devouring.

See, you like electronic and you didn't even know it!
And speaking of music, this Thursday (September 12th) I'm hosting a one time link up called “Songs that Define Me.” Link up any songs that define you. Maybe a time in your life, this past summer, or just your favorite song right now!