My weekend was awesome so I decided to tell you about it on a Tuesday.
On Friday I talked about Sorority life and mentioned that my sister's Bid Day was on Saturday. I waited on pins and needles. This is odd, but I'm so proud of how she handled herself for Rush. The girl basically didn't get cut the entire time and Friday night she had her top 3 picks. Which meant it was a tough decision on who to choose.
She wouldn't tell me who she picked. I was probably more nervous than anyone, I would not put my phone down until I heard the news.
And then the call came in: She went Kappa! I was so thrilled since I was a Kappa Kappa Gamma as well.

All my and her worrying was worth it after all.

Saturday night we planned to hang out with friends before they went to Icona Pop. Michael and I decided not to go since we already spent money to go see Dave Chappelle and Flight of the Conchords on Sunday.
But once we got to their apartment, I got jealous. My friend found tickets on Stubhub for $15 each with taxes and fees, so we HAD to go.
Of course, it was worth it. 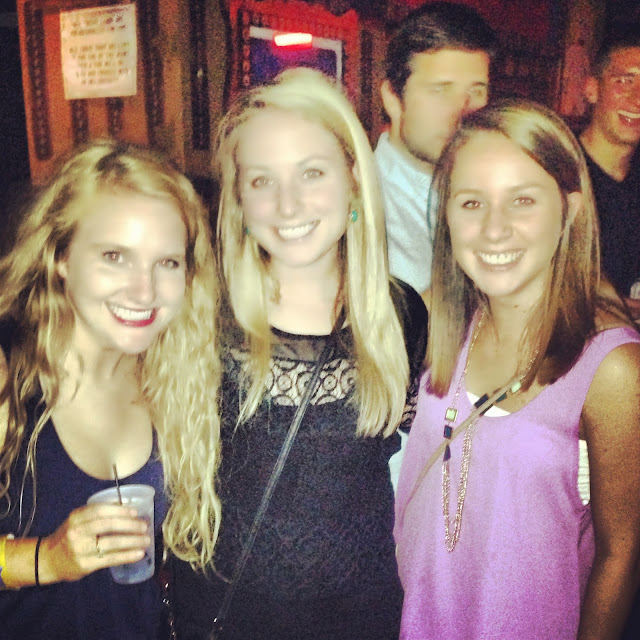 They were awesome. The Swedish duo played their famous hit, “I love it” as well as their other songs that are all jams. They wore psychedelic outfits and had a bunch of fun lights and effects. It was a really fun show. It was also great because it was in a smaller venue, House of Blues, which I highly recommend for seeing a concert. Especially if you don't like crowds. 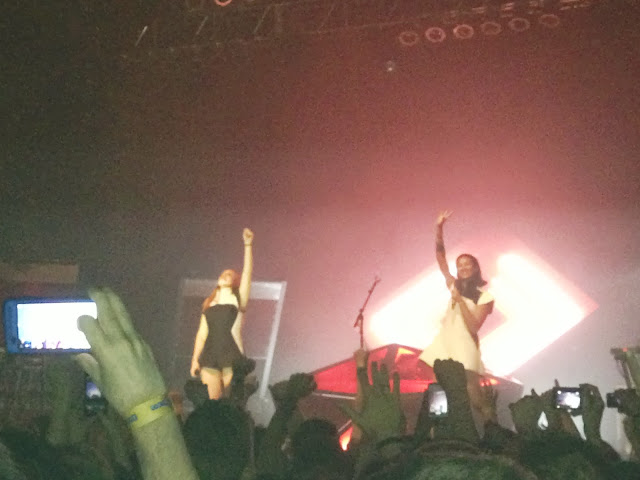 On Sunday we went to a completely different venue, Gexa Energy Pavilion filled with 18,000 people to see some comedy, “The Funny Or Die: Oddball Fest.” Some of the comedians were: Demetri Martin, Al Madrigal, Hannibal Buress and Kristen Schaal.
We also got to meet Kellie Raspberry and Jenna Owens from the Dallas based Kidd Kraddick In the Morning show! I was thrilled since I've been listening to them since I was in middle school! 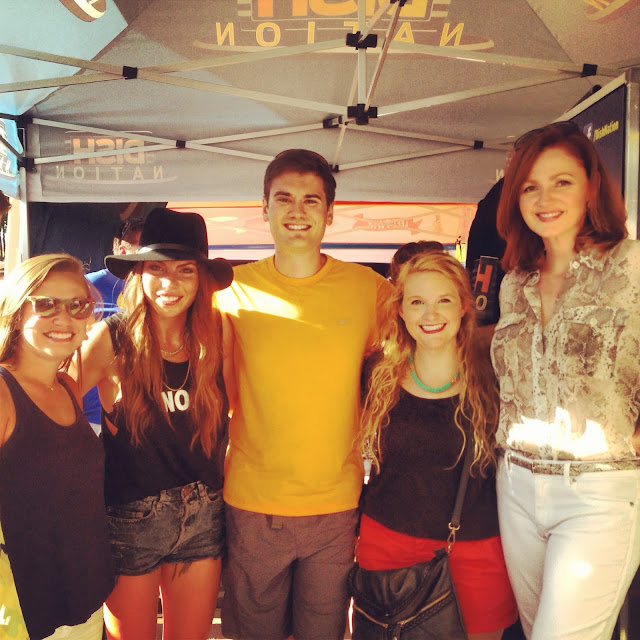 But we were there for the main acts: Flight of the Conchords and Dave Chappelle.
If you haven't heard of Flight of the Conchords they had a show on HBO and basically it's about 2 New Zelanders that start an unsuccessful (but they see it as successful) band. They play songs like “I Got Hurt Feelings” when they don't get invited to see the new Meryl Streep movie. I can't do it justice, they are hilarious.

Then it was time for the main act: Dave Chappelle. I had no idea what to expect. Dave has been gone for years, he went to Africa and left his comedy skit “The Chappelle Show” in the dust, for really no apparent reason. He was back and more hilarious than ever. I was crying laughing. He's so good. He can make the simplest thing funny. And I love that he pokes fun at Lil Wayne.

I might have missed the VMA's but in case you missed it, yesterday I got exclusive interview from Miley's Tongue, post performance.

Even though we got home at midnight on Sunday it was all worth it. It angers me that Monday (and now Tuesday) rolls around grinning at me like I'm a chump. But it's ok, since next weekend is going to be even better.

Did you have a good weekend? Best Spots in Dallas for Pictures