This weekend was a tough one. It felt like I got the wind knocked out of me for an entire day and I'm still trying to catch my breath. On Saturday, my husband Michael, took the dog for a bike ride. This is something they do all the time. Michael holds the leash while the dog sprints along. They went 16 miles and went on a new trail, which had a little less stops for water. 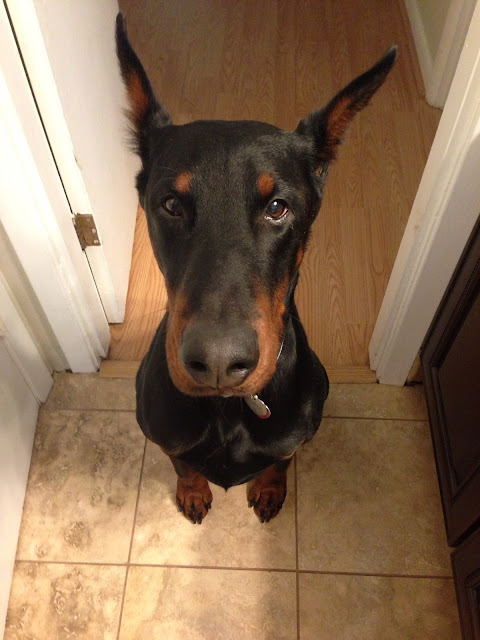 At the end of it the dog started acting funny: wobbling around, panting harder than normal and his eyes rolling. Michael called me and told me what happened and I we thought, oh, the heat just got to him. We called our vet and they told us to go to an emergency vet, and we did as instructed.
That's when we found out how bad it was. Initially he was diagnosed with heat stroke, there would be permanent brain damage with having him outside for only 15-20 minutes at a time in hot temperatures. But not only that, they were worried he would die. When dogs get heat stroke, they can die very suddenly. So they had to keep him overnight. 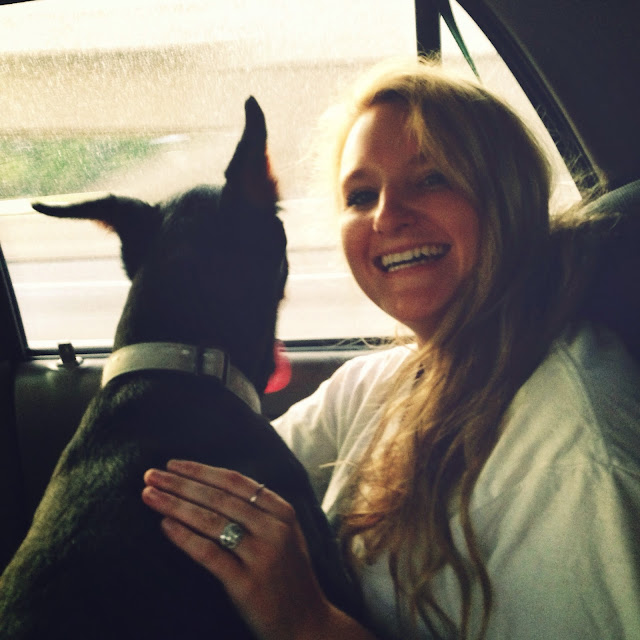 Michael and I were a complete and total wreck. We don't have kids, this is our child. Hugo does almost everything with us. He's our best friend, confidant and the sweetest, scariest looking dog I've ever met. 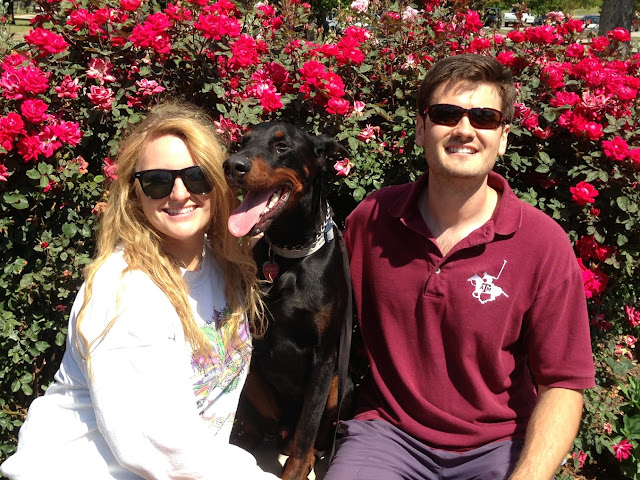 Michael is what you could call dog obsessed. When he was growing up he wasn't allowed to have dogs so he spent all his time looking up information on dogs and figuring out the perfect dog for him. He talked about dobermans when we first started dating. I was opposed to the idea. To me, they looked big and scary and from what I saw in the movies: aggressive. When we got married it was the first thing to do, get a dog. We researched, met with multiple breeders and finally decided on Hugo. Now I couldn't imagine not having a doberman. I am attached to Hugo but Michael is more involved. He's definitely a daddy's boy. 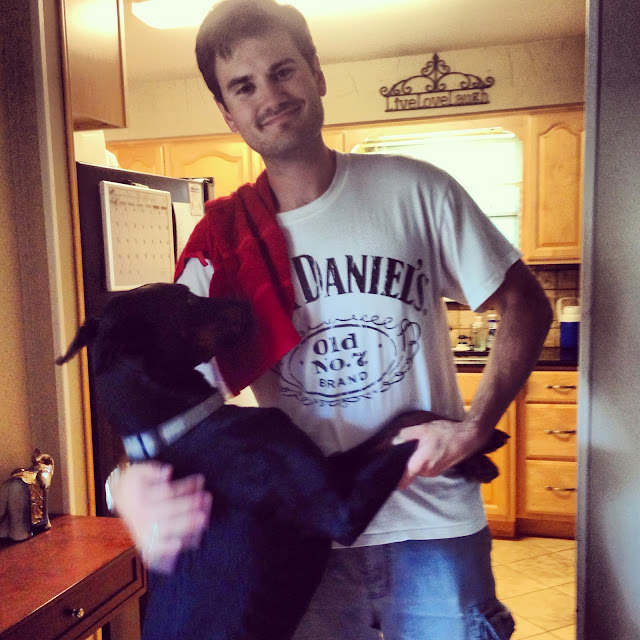 When Michael came back from the ER he was distraught and disoriented. As he pulled into the garage he completely forgot his bike was on top of his car. He ended up hitting his bike rack on the car and smashing his back window. 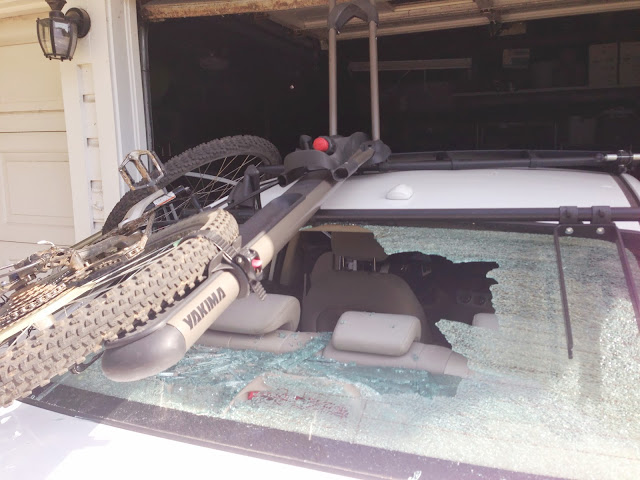 But clearly, that was the least of our worries. We called the vet at midnight on Saturday to get an update and they said he was responding well but couldn't tell yet if he was going to go blind. All I could think about was my little man on a cold hospital table wondering what the hell was going on. I could barely sleep.
Sunday we woke up to good news. Hugo was making a full recovery and we could pick him up later today. We are crossing our fingers for no permanent damage. 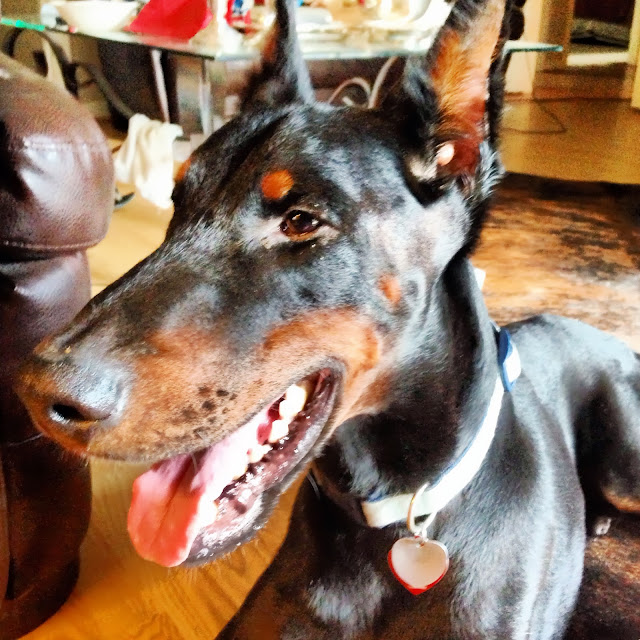 Oh, I know, he's just a dog. But if you ever have a pet that you're attached to, it's your life. You are responsible for them and take care of them. When something happens to them it rocks your world in the worst way. Dogs are just there for you, whenever you need them. Never judging or reacting, just there. I am so glad I still get to be there for him. 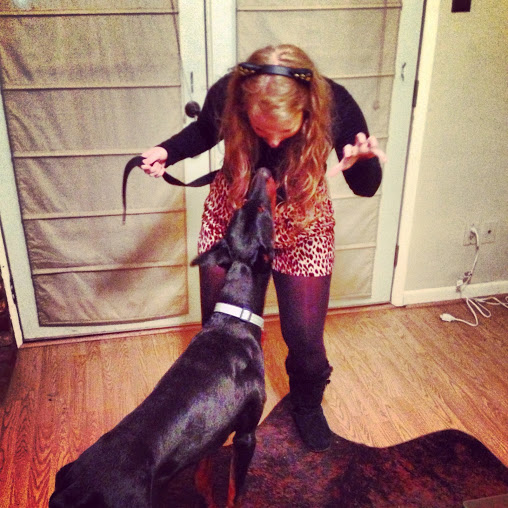 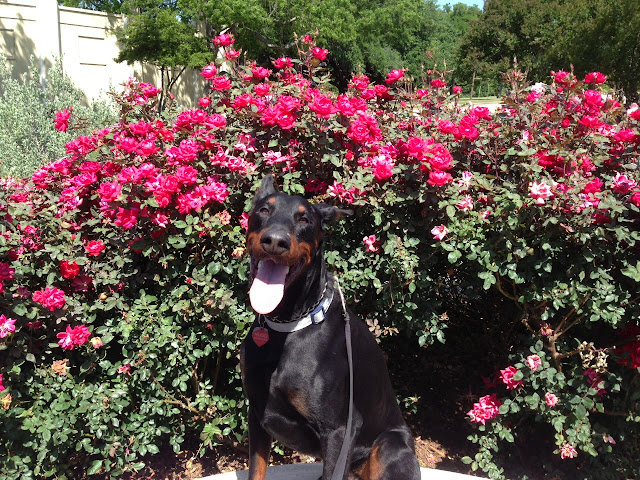 My Ultimate Life Bucket List – 100 Ideas for Travel and Goals