Guess what?! Today at 2 pm I will be heading over to Zouk in Dallas for the Mad Decent Block Party! I am very VERY excited. I will be seeing people like: Major Lazer, Dillon Francis, Baauer, GriZ, Flosstradamus and many more. If you're looking at me like I'm crazy because you have no idea who these people are then you're in luck. Today's playlist has music by and inspired by the DJs above, plus just some really great songs you need in your life. 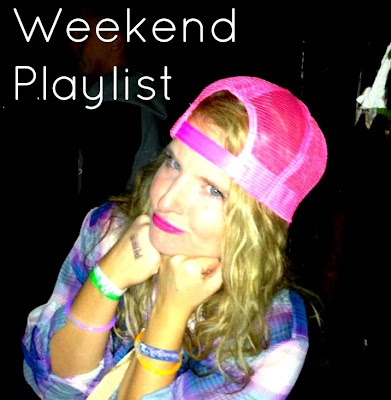 This is the first single I heard from Flosstradamus and I was hooked. It sounds like hip hop mashed with electronic, meaning my happy place in life. And this is a two-fer since it's Flosstradamus and Baauer!
2. Dillon Francis “I. D. G. A. F.”
This song has been been used in MANY other songs over and over again. And it's easy to see why. It's great. It puts me right in the party mood.

I am not a big Lana fan (sorry I just don't like her schtick) but the remix of this song is awesome. And I'm still holding strongly on to summer.

You might of heard of Major Lazer from his hit “Bubble Butt” but he has other great tracks. I love his use of reggae, I just want to throw up my hands and sip on a pina colada.

Pop quiz, what song/dance caused an international sensation in which people recorded videos of them selves dancing? If you answered Harlem Shake, then you're right. And that's Baauer's song. So yeah, in my book, he's awesome. Here's another one of his songs that's just as awesome.

GriZ's music is just cool and different. He mixes old with new and it works, he calls it “electro-soul.” I can dig it.

Now I feel really good about life since I figured out how to embed my Spotify playlist! I also put all the songs on here from previous playlists so it's all one happy list. Whoo!

So what do you prefer, the Youtube videos or the playlist? Or both?! Let me know please and thanks!!