Good Things Come to Those Who Blog

I'm gonna say it. I had a better weekend than you. I don't even know where to start I'm so excited. Should I start with the fact one of my best friends came in town from Boston? That I received tickets to Tomorrowland? That I met Sean Lowe and Catherine at my favorite dive bar? My best friends engagement party?! Ok, let's start from the beginning. 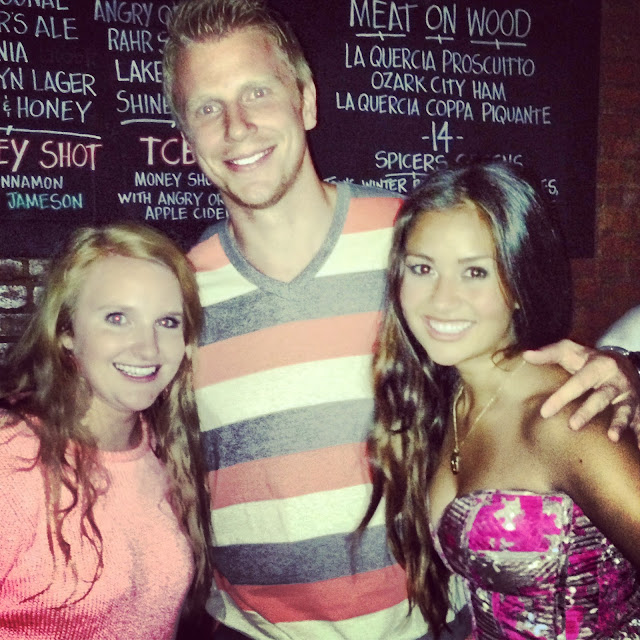 I have blogged about the music festival Tomorrowland a couple dozen times. I went to the festival last year. This year we tried to get tickets but they sold out in literally seconds. I was pretty devastated. I wrote letters. I tweeted them. But heard nothing. Which is understandable since it's one of the biggest music festivals in the world! Here was the problem: We already bought non refundable plane tickets to Belgium. The hotel was already booked. And tickets were selling on ebay (illegally) for over $1,000.
BUT….
Friday morning at 7am, the dog nudged me so he could go outside. I had an hour left on my alarm (work let us go in late after the holiday) and I really wanted to keep sleeping. I told him to go back to bed but he was persistent.
So I got up and let him out. I had my phone in my hand and decided to check my email.
I had one from ID&T, the company that runs Tomorrowland, and I quickly tapped open the email.
In a few brief paragraphs it said that I had a “personal invitation for Tomorrowland.” I had to read it about 16 times before it set in.
I am going to Tomorrowland!!!!!!!! I think I cried. OK I'm lying. I did cry and I am crying right now. The Tomorrowland experience is unparalleled and easily one of the best few days of my life. I know, it's just a music festival. I really can't put my finger on why it's so great. It just is.
So to anyone that supported by crazy obsession with this music festival- thank you!!! I truly believe you made this happen.

One of my best friends, who I never get to see, he's in dental school in Boston, came home for the weekend. I am still recuperating since I averaged about 5 hours a sleep a night. But it was worth it. 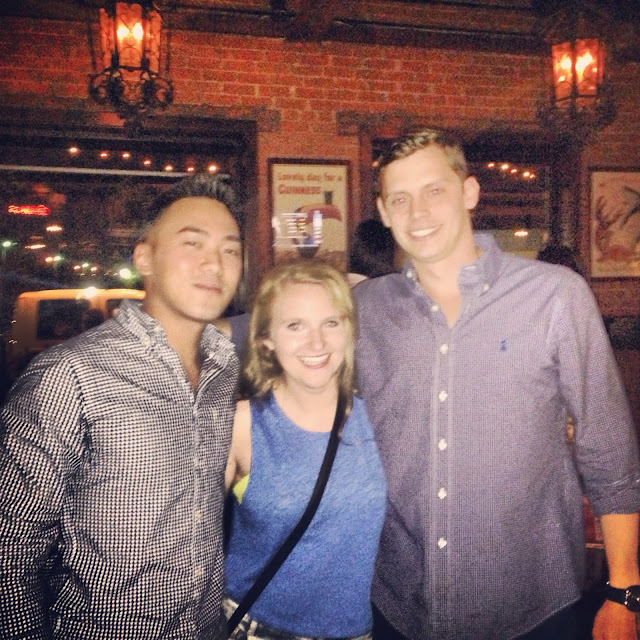 Especially on Friday night. We went out and were trying to decide on the best place to go next. It wasn't really a question for me. Corner Bar. I can dance, so it's a done deal. We head in and there's hardly anyone in the bar (very odd, but we thought maybe everyone is out of Dallas for the 4th.).
As I walk into the bar and head straight to the dance floor, I see a good looking guy in a striped shirt and blonde hair. I knew it was Sean Lowe. And he's with Catherine! (For those that don't know, he was The Bachelor last season, and also my favorite season so far. And I might have a girl crush on Catherine.) At first I was VERY creepy. Sneaking pictures of him while I pretended to take pictures of my friends.

I thought: I shouldn't bug him. Then I started dancing. And she started dancing. And she was soooo stinking cute and fun. They were freaking adorable. Hugging and dancing and Catherine would sit on his lap. (How cool do I sound right now? Stalker status.) And I thought, whatever. All they can do is say no. So I walked right up to them and took a picture with them.
Let me tell you how I asked them: Hi I'm Helene, I know this is super annoying but can we take a picture? Catherine, I knew I liked you from the beginning of the season and now that you dance, OMG I'm a fan. Anyway…I'm going to blog about this.
GREAT, I'm an idiot. Whatever.

Saturday was an engagement party for two of my sweetest friends. It was luau themed and even though there were adults there… drinking games were played. (Oh wait, I'm an adult too?) 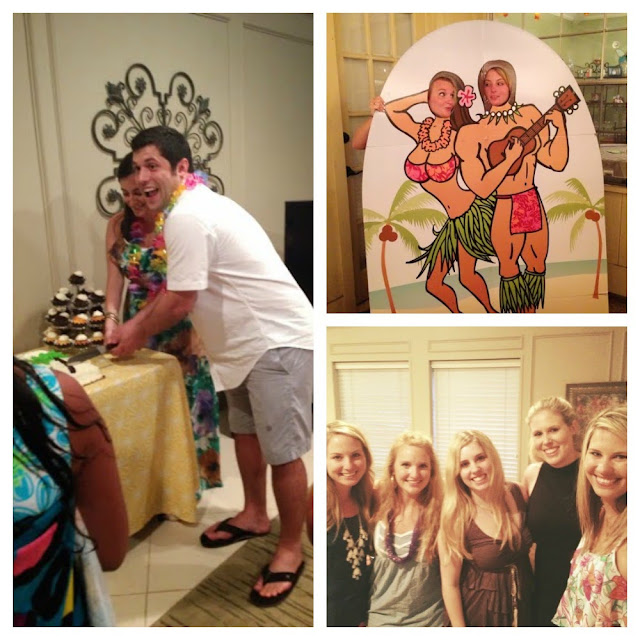 So I'd say it was a pretty fantastic weekend. I could go on… but I think you get it.