This post will be picture overload. Sometimes when you have a busy weekend, there isn't much to say, you just have to see it. 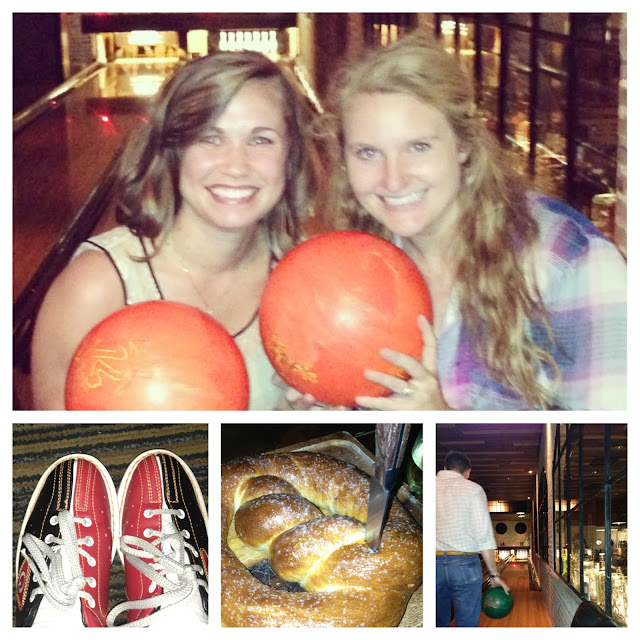 Friday I celebrated one of my best friend's birthday and we went to a new place in Dallas called Bowl and Barrel. I lost the two games we played even though I thought I was doing great at first. The pretzel we ate made up for it. As did the barrel of wine. 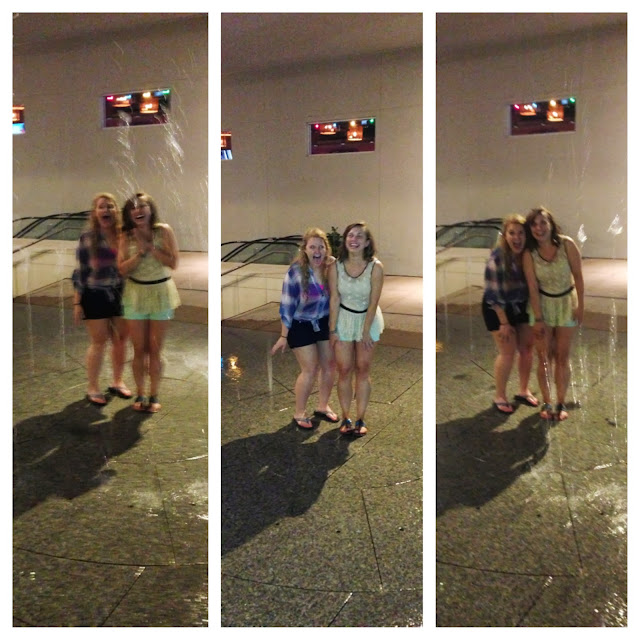 Then we decided it would be a good idea to stand in the middle this water fountain thingamajig. Michael's photography skills (or iPhone photography skills) were lacking so you couldn't see how cool this was. Or maybe that's just because it was cool in our heads. 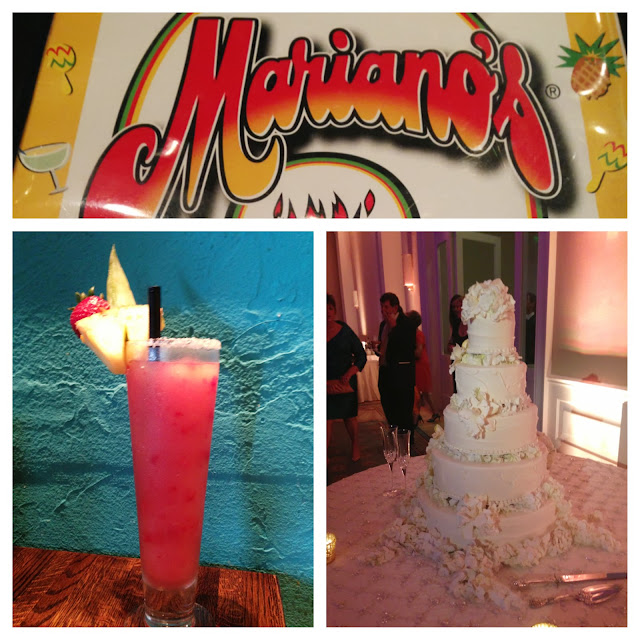 Saturday Michael and I ate at Mariano's , the place where the frozen margarita was invented. So I had to partake, I had a raspberry pomegranate margarita and it was the most delicious one I've ever had. We also went to a wedding Saturday night for one of my college friends. Here was the gorgeous cake. Michael and I ate A LOT of it.

Sunday we spent the day with my Dad and he wanted nothing more than to go to a baseball game. (Luckily he found seats in the shade, but my mom was able to weasel her way out of going to the game and sitting in the heat for 3 hours.) It ended up being a very bad game for the Texas Rangers but we had a blast.
How was your weekend?