Today is my first day at my new job!
Let's hope I haven't been fired yet…

How can you ever really know if you are with the right person?
I have talked about this before but things change and a relationship is a challenge.
Well, at least mine certainly is. Michael will piss me off more than anyone on the planet. Oh, just thinking about that makes me mad.

BUT, he is the best guy for me.
This weekend proved it.
Friday Night we went out for a friend's birthday.

This picture is pretty terrible of me. We were running late so I apparently looked like a wet dog when we went out. So, that's good. But if Michael hadn't rushed me out the door we would have been really really late and even though I was mad it was good that we were there on time.

Speaking of dogs, we are now fostering a little puppy that was found. He is super cute and really sweet and even pretty well behaved. He even got along with Hugo. We took them on a hike and he would just follow Hugo around the whole time. 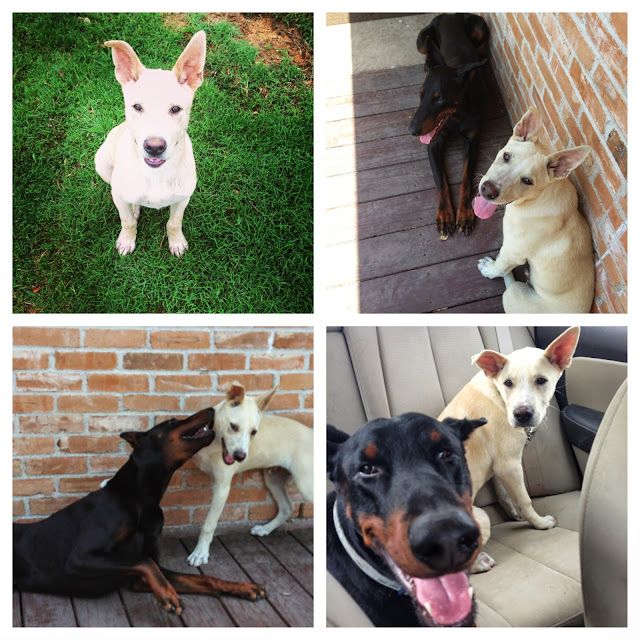 At first I didn't want to foster the dog, but now I'm a little attached to him. We ARE still getting rid of him so if you're in the Dallas area and you want a puppy let me know…

Saturday We went to the Byron Nelson, a golf tournament in Dallas. 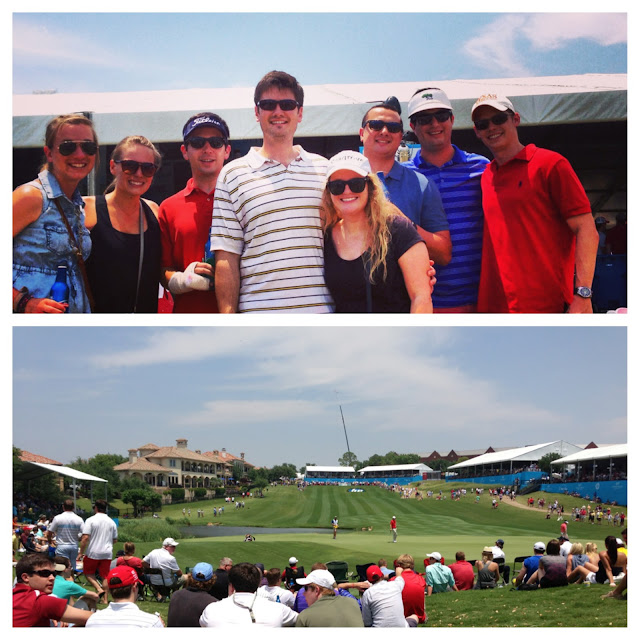 Saturday night we went to my little sister's friend debut performance (did you follow that connection?). It was at a bar in Dallas and Michael and I were the only ones there our age. Everyone was either 17-19 year olds (that's how old she is) or my parent's age. But Michael went. And didn't just go, but enjoyed it. And talked to everyone. And bought me a glass of wine without asking. 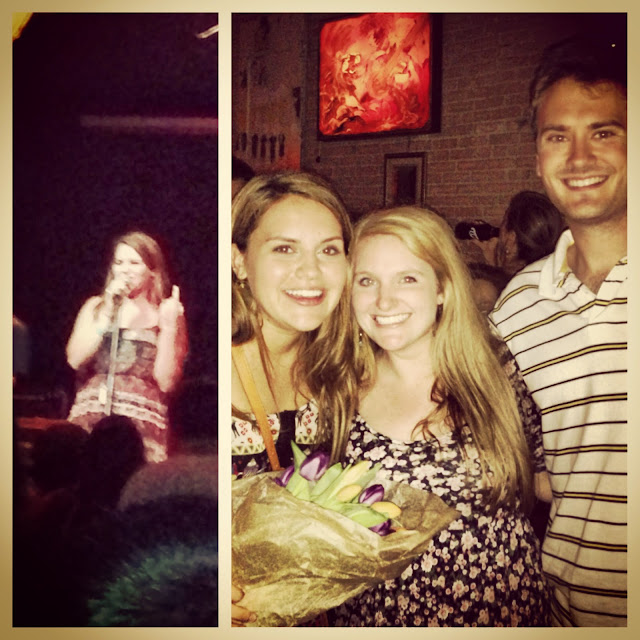 He could have easily said he didn't want to go, and he would have been off the hook. But he went and was fun the whole time.

Sunday we got up early for a hike with the dogs and then went to Taste of Addison. (A small festival about 15 minutes north from where we live with different food vendors, samples, carnival rides, and art).
As soon as I said my ankle was sore, we left. Michael got me ice and pillows (my ankle swells a lot since I broke it 6 months ago) and made sure I was feeling ok. 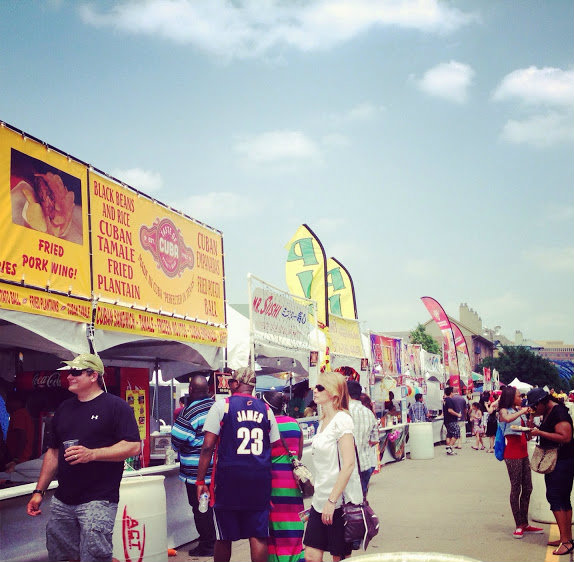 This is true love, y'all. I don't get sappy on this blog, especially about my husband, but he is a keeper.

I don't really care about flowers or romantic things. I like knowing that person will be there for me. Or already know what I'm thinking and be on the same wavelength. To me, that's love.