Almost everyone envisions a time in their life when they are at their best. Most people say their early 20s is the prime of their lives. Some might claim later in life, but you don't hear a lot about people who say their middle school days were the best of times. That, however, is the case for me. 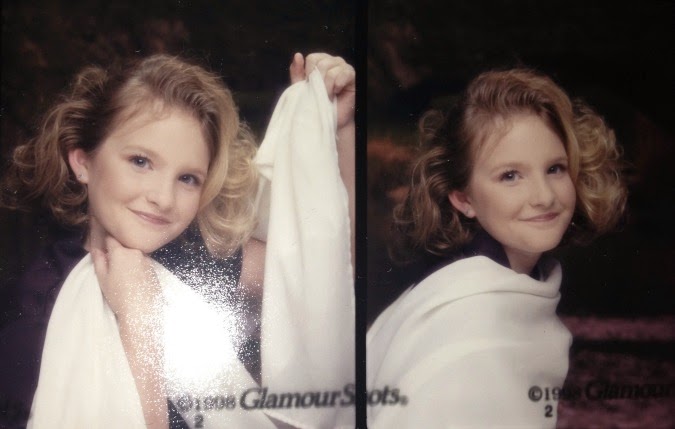 The year was 1999. I was in 7th grade. Auditions for Cinderella were set for after school that day. I practiced my song, “They Can't Take That Away From Me” with my mom in the car on the way to school. I mustered up my most wispy, demure look along with my powerful ability to memorize lines. I auditioned and went home feeling fairly confident. Hopeful for any role, but praying for the lead.
A few days later I found out I was cast as the leads in Cinderella. It was everything to me. This was my 15 minutes, at least in my 7th grade mind.
I remember feeling the rush of joy on stage, how nervous and excited and anxious and elated I felt, all rolled into one. After the play was performed in front of the school, kindergarteners would ask for my autograph. I decided that this should probably be my career and I didn't go a day without singing “In My Own Little Corner.” I saw a life of signing autographs, singing on Broadway, maybe making it to the big screen; all thanks to Cinderella. 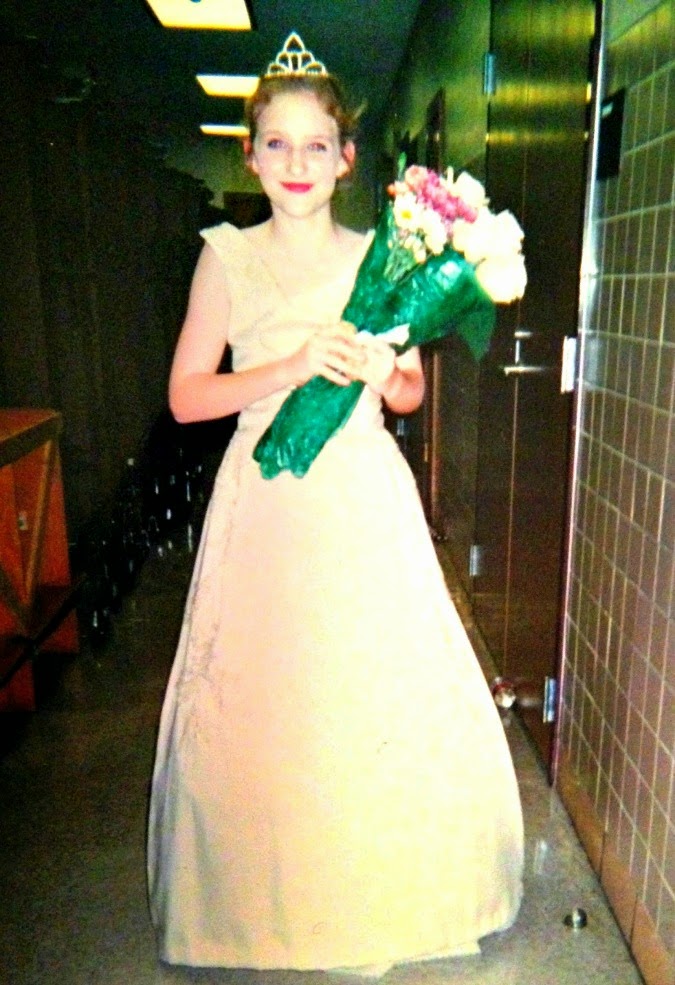 I peaked.
Best time of my life was 7th grade, and I'll never get over it.

Recently, I went to the movies to see “Into the Woods” and the preview for “Cinderella” came on screen. Michael looked over at me and whispered, “You're crying aren't you?” The man knows me well, tears were streaming down my face.
The character of Cinderella is someone I identify with, despite having no evil stepmother (although my twin sisters could easily pass for evil) I feel like the character in a lot of ways. I own multiple versions of Cinderella: from animated,Whitney Houston and Brandy's version, Drew Barrymore's Everafter, and of course Rodger and Hammerstein's play to movie (Lesley Ann Warren is Cinderella and I based my acting career on her role in this film). Most of these are in VHS form, and I watched them over and over to prepare for the role.

I plan on seeing the newest version of Cinderella not only to relive my childhood but because I truly love the story. The truth is, I haven't peaked. We all should be in the prime of our lives. We should all embrace and live in the moment. We should all have dreams and aspire to do great things. To me, the story reminds me to do that.

I know, this is a bit much, since it's a fairytale but we can all learn some lessons from Cinderella. Maybe I haven't peaked just yet. After all, if the shoe fits.