If I Won the Lottery…#Blogtober14

Can you believe it's the first day of October? I'm in shock. But I'm also thrilled because that means it's Blogtober14 with Taylor and I! The challenge is to blog each and every day in October. We know that isn't always possible but join in when you want! Just grab the button below and tag #Blogtober14 on social media so we can all follow along!

Today's prompt is ‘If I Won the Lottery I'd…' so fill in the blank with your answer!

So what would I do if I won the lottery? First, I'd actually need to buy a ticket, but maybe I will since we're talking about it, it's a sign that I should.
First and foremost, I wouldn't tell anyone. I wouldn't want people to hit me up for money or think of me differently. Next, since I'm a nerd, I'd invest some of it. I'll need that for later on.
Second I'd book a trip for Australia. The flight is long and expensive but it's a big part of my travel bucket list to go. 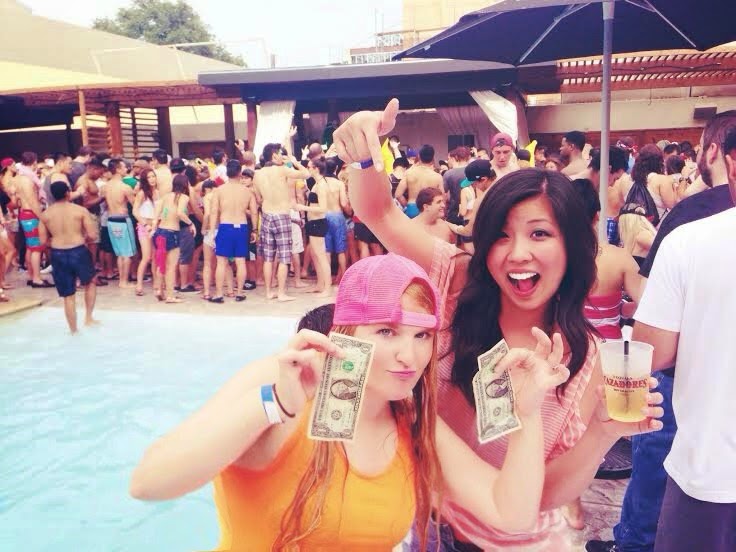 After seeing the sights for a month or three (I'll need time to really travel the world, not like my normal 10 day go-cations) I'll head back home. I won't stop blogging- that's for sure. I probably won't stop shopping at Forever 21. I also won't buy a big house, or car. But I will make life easier. First, I'll hire a maid to come once a week. I'll also hire someone to come decorate the house. If you've been over, you know I'm the worst at decorating. I'll have a personal driver so I never have to drive myself anywhere. I hate driving.
Basically, I really like my life right now, but I would love it if I didn't have to do the mundane, unfun things. Also, I'd probably go to every music festival possible. But you might've guessed that.
Lastly, I'd throw huge parties and they would be open bar, DJs, trampolines, all of it. All my friends could come and just have a wild time. Actually, that just might be the first thing on my list.

What would YOU do if you won the lotto?

Here are the prompts for the rest of the month: 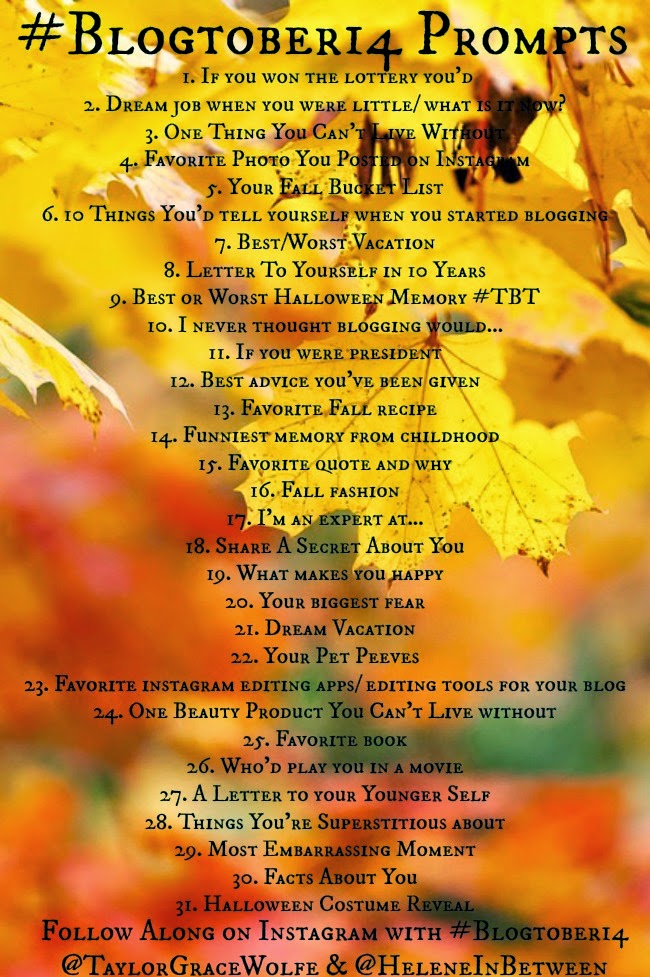 To kick it off, Tay and I have a giveaway for you!

Tomorrow's prompt: Your dream job when you were little/what is it now?