Travel Tuesday #2: To the MAX

Rules for the link up are to grab the button or link back and visit my co-host Alex!

She is truly a world traveler, originally from Texas and living in Germany right now!

And if that's not exciting enough, I have someone amazing for you to meet.
Literally, I am obsessed with this girl.
She's hilarious, gorgeous and an actual journalist. So I'll let her do the talking.
______
Hi everyone!! I'm Maxine from Maxine In Between. 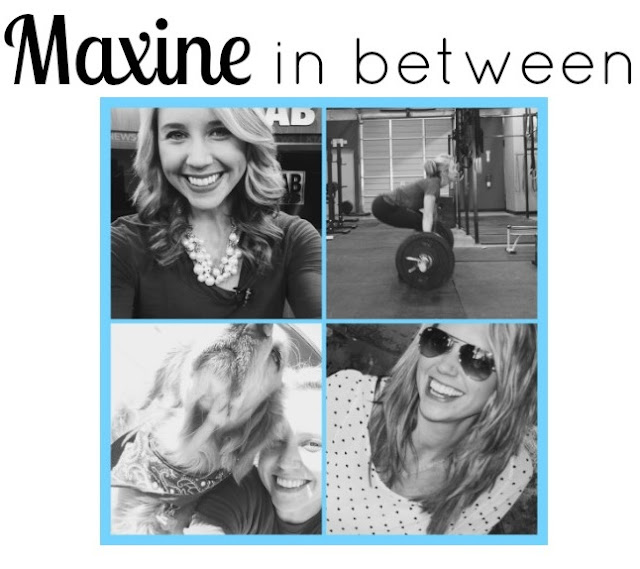 that's a total lie, but honestly, how much did you hate me just then?
I write about maxine-ish things over at MAXOUT. Some of you are probably thinking of that old lady cartoon, and some are thinking about old ladies in general… Don't worry, I'm used it. But just in case you're wondering, I'm 24 and I still have a long life ahead of me.
Before we get started, I want to give you a back story about Helene and I. I met her once at a blog brunch, and this is how our first conversation went:
Helene: Hi I'm Helene and I'm still drunk from last night **takes a big sip of her frozen mimosa**
and we've been friends since.
I may or may not thought her name was “Helen” thankfully she yelled at told everyone at the table that it is “HEL-ENE” like “HEL-ENE like a cholo” “HEL-ENE on me when you're not strong”
“HEL-ENE like MAX-INE.” 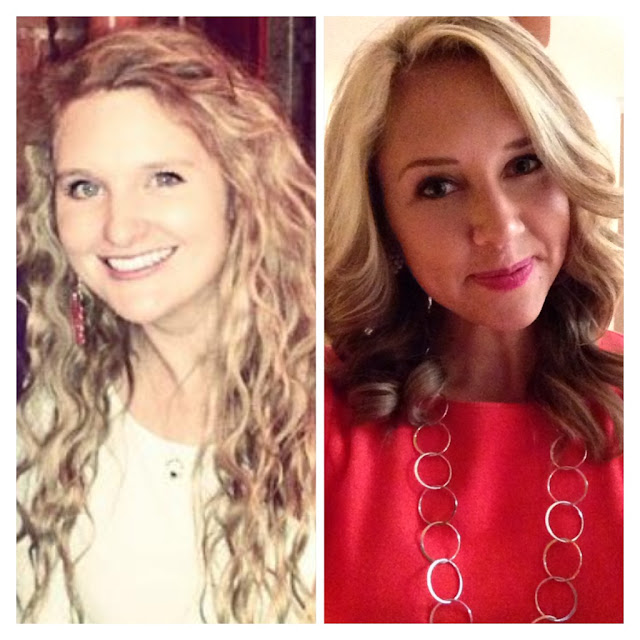 Moral of the story: both of our names rhyme with Queen.
Now that we have that out of the way, let's move on.
I have a secret that I probably shouldn't share today but since it's Travel Tuesday I'm not holding back.
I've never left the country.
and that picture of the dog up there isn't mine, I was dog sitting.
I know what you're thinking. That's awful of me to share pictures of someone else's dog, and I apologize for that. I do want a dog though…..
Back to my first secret that none of you probably cared about. I've never left the US of A and I'm sure Helene is shaking her head at this one. I could give you multiple excuses blaming my mom for never letting me live in Paris with Mary-Kate & Ashley or the fact that I've had zero time to plan a vacation. But I won't because I've already lied to you once about having a dog.
I will tell you I've seen some beautiful places in America. Most recently, Yosemite…. 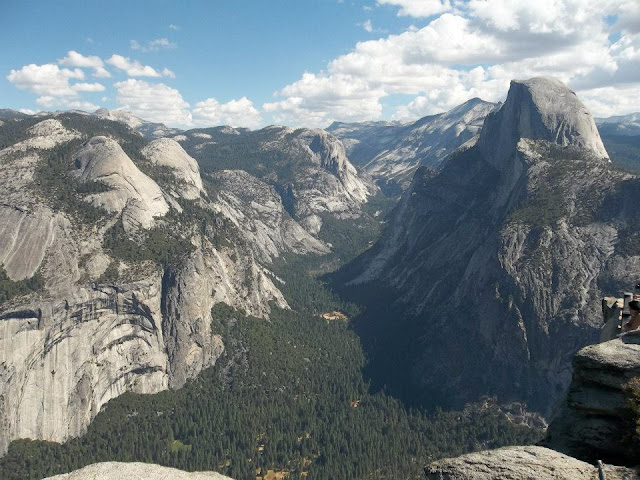 It was like a walking brochure. My pictures don't do it justice. At the end of the trip, we added 50+ miles to our hiking boots and we plan to go back sometime in the near future/before the pilot gets military orders.
This time we'll make sure NOT to go when there's a Hantavirus outbreak. Thankfully, we're superheros we made sure to stay away from the areas where campers contained the virus.
Here's what I learned on the trip:
have your camera ready, you never know when a bear will appear right next to you.
when you plan to hike 17 miles to reach the top of a mountain, know that you're scared of heights first. There were tears and we had to turn around. 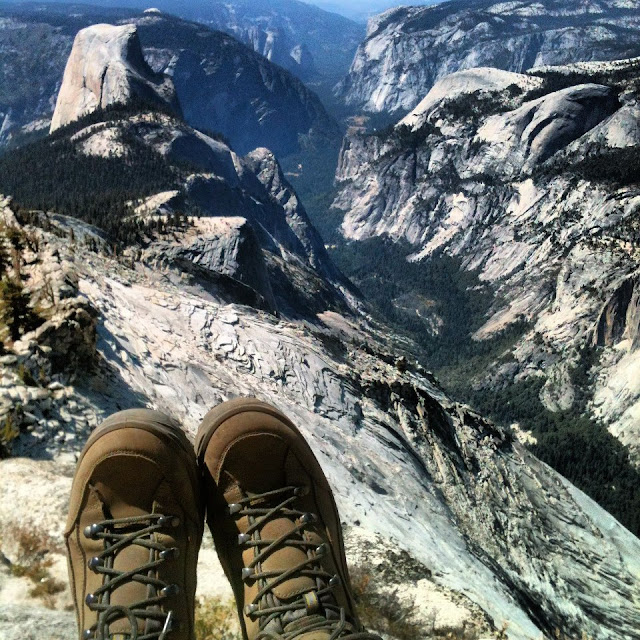 freak your boyfriend out by standing on the ledge. 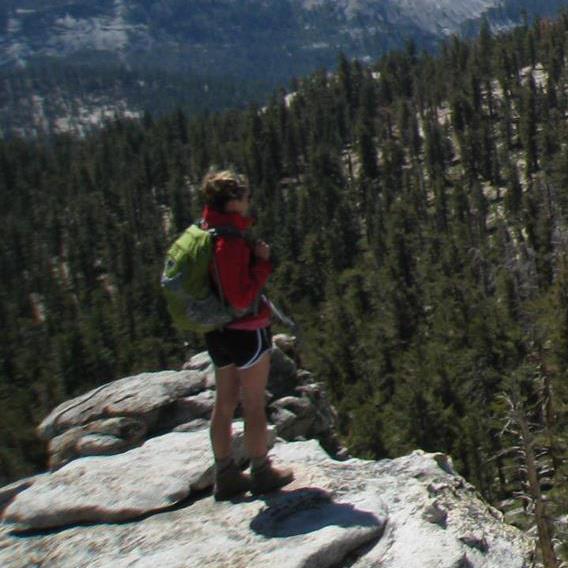 and finally, don't dress like a watermelon. You wasted an entire day of beautiful pictures. 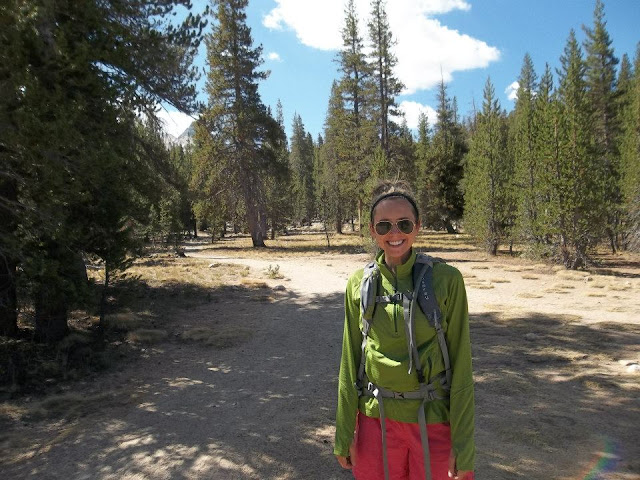 …really… Maxine? really…
Party in the USA… with watermelon.
Now travel on over to my place, and stay awhile.