It's clear why France is one one of the most toured places in not just Europe, but all the world. From the stunning city of Paris, the history of the Normandy region, the delectable wine and champagne in to the glittering sea of the Cote d'Azur, France is rich and diverse in landscape. I can never seem to get enough. Beautiful architecture, culture, mountains, sea, and great food make France and easy choice for tourists. Here are my tips for traveling in France.

Things to See and Do in France

Discover the romance and beauty of Paris. Historic monuments, charming boulevards, delightful cafes, and massive museums.
Head to Provence for rolling hills and rock-top villages.
Learn about WWII history in Normandy as well as beautiful scsenery.
Stroll the coastal towns of the French Riviera (Nice, Eze, and Caen to name a few).
Climb the highest point in Europe, Mont Blanc, in Chamonix, France.
Discover gingerbread towns come to life in the Alsace region bordering Germany.
Drink champagne in the place where it was discovered!
Discover Lyon, a city just as vibrant as Paris, with less tourists.
Sip your way through vineyards in Burgundy or Brittany.

Fall in love in Paris

Here are my France Travel tips

FRANCE IS MORE THAN PARIS! Yes, Paris is an amazing city, I personally can't stop visiting. But there is so much more to France than Paris. As I mentioned: mountains, beaches, history, museums, architecture, wine, food, and more.

The French aren't rude! You'll often hear that. But the only time I ever felt like that was in Paris. Bigger cities in general people are a bit “quicker” so keep that in mind. I don't speak French and that's never ever been a problem.

Accommodation – Outside of Paris, France is surprisingly cost efficient and you can find anything from 5-star hotels to nice AirBnbs. You can even stay in a Chateau!

Food – What is France without its cuisine? Be adventurous and try something new. Which they are known for wine ad delicacies my favorite way to indulge is with classic French pastries.

Transportation – It's super easy to get around France with the wonderful metro system. Nearly every city, big and small, offers public transportation. There are also train stations to get you to great distances. In Paris I suggest using the metro to get around. To other bigger regions I always rent a car.

Suggested daily budget – 60-80 EUR / 65-90 USD (Note: This is a suggested budget assuming you’re staying in a hotel, eating out a little, cooking most of your meals, and using local transportation. Using the budget tips below, you can always lower this number. However, if you stay in fancier accommodation or eat out more often, expect this to be higher!)

Tipping – This isn't necessary save for a euro or two. Usually, there is already a service charge included in your bill for  a separate price noted as “sur place” and “emporter.”

1
Places close for lunch In smaller towns shops and businesses may close for 1-2 hours for lunch. Keep that in mind if you're trying to get somewhere.
2
Ride Public Transportation It's easy and cheap! I recommend getting a day pass which you can find at nearly every stop.
3
Download your Map to your Phone To save on internet fees, download the map of the area you'll be in to your phone so you can navigate even when not connected to WiFi.
4
Eat in I love going to the grocery store to grab lunch or dinner. You'll save money and get a glimpse at local cuisine. Who can say no to some wine, cheese, and a baguette under the glittering Eiffel tower? 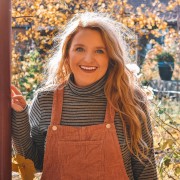